– Do you try to hit it out of the park, or do you move the fuck out of the way, to avoid getting it in your face?

I apologize for the baseball analogy (and the foul language), but it seemed appropriate, giving the topic I’m going to ramble about today!

You see, I believe that the Universe generally want me to succeed in life. Sometimes that faith is challenged though (I’m not religious, but I do believe in some sort of higher cosmic power. Sort of…). This week has been one of those weeks!

We try not to let the little things get to us, right? So what if someone took your parking spot right in front of you, and it’s the last one on the lot, and you’ve been driving around for what seems like hours to find one!? Karma will get that a**hole for sure!
Anyway, as parents of a 4-year old with two full-time jobs, two cats, two cars and a mortgage on a 200 year old house, there’s not a lot of tolerance for such kind of events to happen on top of one another, before someone lose their shit…Today that someone was me! (Well, almost).

To paraphrase my favorite (not so secret) television agent: 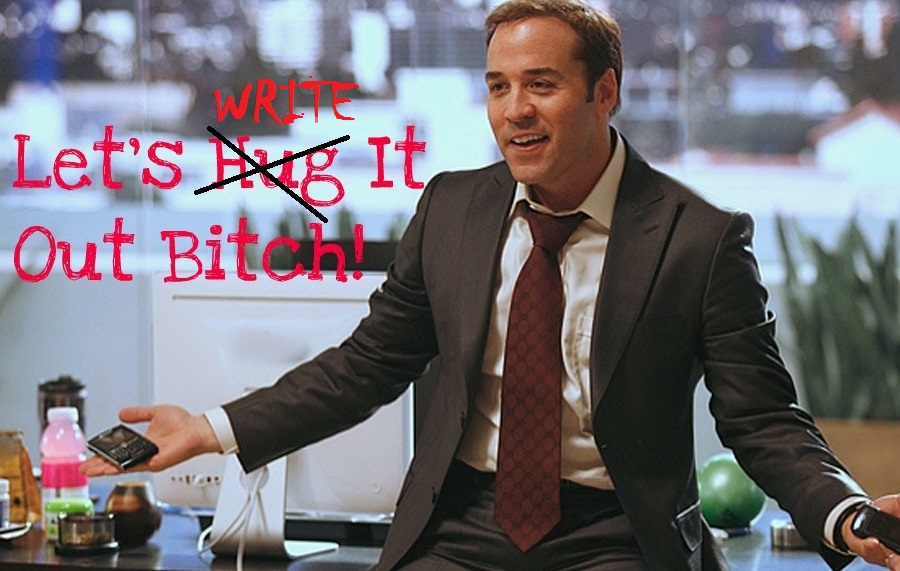 This is one time where I feel hugging is not going to cut it. – So I’m gonna write it out! 😛

As always, when I’m struck by bad luck, it somehow always ends up costing me money. Have you noticed that too? Perhaps it’s because I’m so fixated on money these days, that everything ends up being about money. This experience however (stay with me – I’m getting to it), has really taught me something that I’ve been neglecting in this whole FIRE process; I need to know my risk (profile). Any investment that you make – the FIRST question you should ask yourself, is how does this investment fit with my risk profile? Never mind the yield – the risk is what you should be concerned about!

This week, I got a lesson that I had forgotten about my risk profile – particularly in these 3 different “asset classes”:

All good things come in 3’s. So goes the expression. Well, sometimes all bad things also come in 3’s (from my experience).

So, back to the point! Bad thing number 1 (this week):

After getting a new job (again), I once again found myself having to move my pension scheme to a new provider (one that I do not like, I might add, as I’m not impressed with their performance). I was forced to move my pension scheme from the provider that my old company use, to the provider that my new company use. Well, I wasn’t forced per say, but you can’t opt out of a company provided pension scheme – and also, my old pension plan comes with an important set of “rules” attached to it. One of which allow me to retire by the age of 60. These “rules” can be transferred to a new pension scheme (and put on top of the new – and any future money in there), but ONLY if you move it within 3 months of your job switch. This actually used to be 3 years, so these restrictions have certainly been tightened. I was aware of the 3-year rule, so I thought I had plenty of time to move it. When it turned out that I now only had 3 months, I had to move it straight away, to keep my option of retiring at 60.

Given that my pension is primarily invested in stocks and bonds (which is one of the reasons I don’t have stocks in my free-money portfolio), the yield this year has been somewhat non-existing. Anyone who has stocks (particularly indexes) in their portfolio knows that it’s been a tough year. Luckily, my previous pension provider had managed to not actually lose any of my money. So I was quite pleased with that. Anyway, my pension was transferred to the new provider. I then had to pick an investment profile. They have several to choose from (risk +/-), but firstly you have to pick between an active investment strategy, or a passive investment strategy (indexes). Looking at the historical performance of the two, I opted for the passive one. I realize now that this was a mistake. The passive investment profiles have lower fees, but it’s also clear to me now, that the passive investment strategy clearly has it’s forte when the market is going UP. When the market is going DOWN, you have no way of trying to “cushion the fall”. You just have to ride it down, and then wait for it to come back up. With an active investment strategy, you have options you can use, to try and minimize your losses.

Anyway, two weeks into my new relationship with my new pension provider, my portfolio was down by -8.45%. Lovely. Had I listened to my gut (and thought about my risk profile!) I would have chosen an entirely different investment profile (I would have basically just left the money un-invested at a 0% yield – but safe from the inevitable storm that’s brewing in the stock market). Anyway, now I just have to ride the wave, and hope it comes back up! (Which of course it will eventually. It just annoys the fuck out of me that I went from 0% to -8.45% when it could have been avoided).

As a result of this, I have decided not to follow my pension for a while (out of sight, out of mind – right?!). Since I’ve moved it around so much (5 different jobs in 10 years), I’ve actually lost track of how much my average yield has been over the years (my first pension scheme was opened in 2007). I am going to try and make a graph of my pension savings. I have a hunch it actually looks pretty good (I managed to dodge the 2008 bullet due to a little luck, and following my gut – which is why I believe I could have also avoided this downturn). Maybe it will cheer me up! (maybe it wont?).

When we decided to buy a house from 1850, we knew that we were bumping up our risk profile significantly. Older houses simply just require more upkeep than newer ones. This is why we opted for a 10-year extended ownership change insurance (ejerskifteforsikring) when we bought the house, which ultimately mitigates some of the high(er) risk. This is an insurance that is supposed to insure you against unforeseen damages or “incorrect” constructions in the home. Yesterday evening, I learned that the insurance company had filed for bankruptcy, effectively rendering this insurance void. YAY!

The kicker here is: since the last company of this kind went bankrupt (two years ago) they decided to change the rules to avoid this situation in the future. These new rules kick in on January 1st 2019…What are the odds!? 12 days before the new rules kick in, our insurance is void. The new rules protect home owners against this sort of situation in the future, in that there’s a fund that will effectively “take over” ownership of the insurance, so you can still file claims against it, for the entire period that you bought it for. 12 days!!? ((/#&#”!%#”!&/#%”!&/#(“!)). F U, Universe!

Our little one sometimes complain about an itch in her crotch. I told her, she should take a freaking shower a little more often. A while ago, she would shower twice per day (she had just discovered our rain-shower tub). I told her she could not keep showering twice per day, as water cost money! So now, she doesn’t shower at all! (we make her when we can’t remember when she last took a shower…).

So when she got up this morning and went to pee, she discovered that she couldn’t. She said “Dad, I feel like I have to pee – but I can’t go!”.

Great. We just went from DEFCON 3 (this is the basic level, when you have a 4-year old) to DEFCON 1! – 3 days before Christmas! If there was a DEFCON 0, this would be it! At this point, I was ready to go back to bed an never get up again! I had the whole insurance issue AND my horrible pension provider stats on my mind already, and I was sure this whole FIRE project was going to crumble beneath my feat (like I instantly felt that my house would also do – now that I no longer had any insurance!).

Anyway, it didn’t seem to bother her (she wasn’t in any pain), so she just kept to her morning routine, and at one point she was ready to go to daycare (fully dressed and everything, which almost never happens!). We decided to send her to daycare (the doctors don’t open until 8 anyway, and it was only 7:30), and see if the situation wouldn’t resolve itself. We then called the doctor, and got an 11’o’clock appointment for her.

UPDATE: at 9:07 the daycare called and said she had pee’d without any fuzz at all…Crisis averted. We’re back to DEFCON 3…

So with 2/3 bad scenarios still active, I hope to God (hmm) that we get a smooth Christmas!

Lesson learned: ALWAYS consider your risk profile – and be prepared to adopt accordingly!

The guys and I wish you a Merry Christmas! 😀

5 thoughts on “When the Universe throws a curveball”