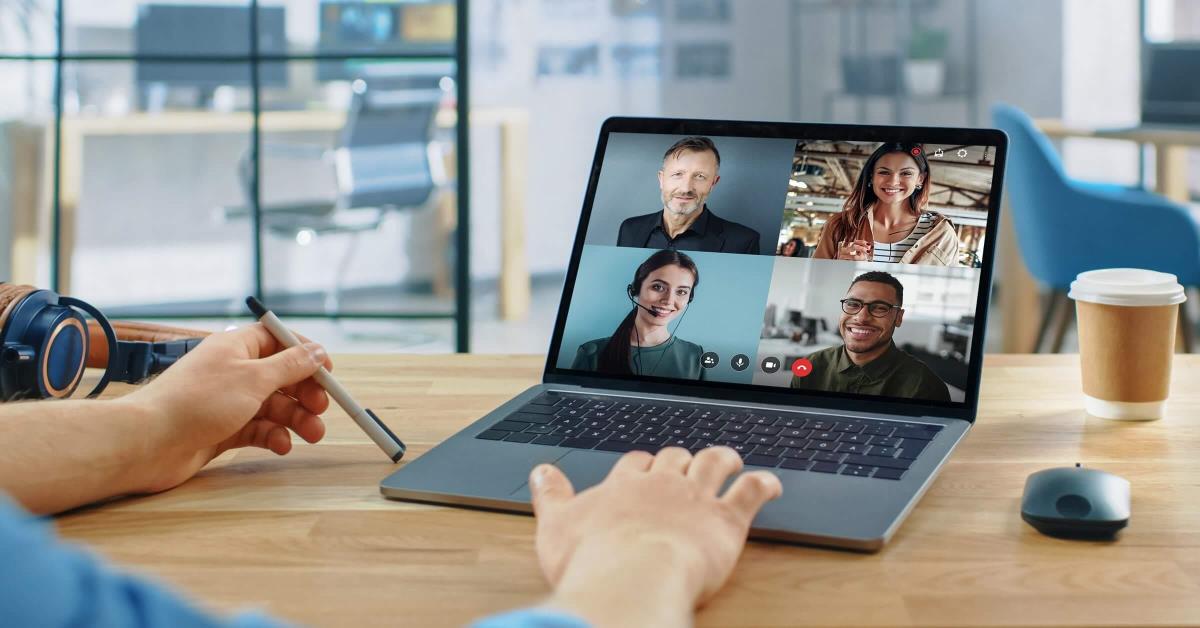 Hello dear readers and followers of the Total Balance household!

While we all try to practice safe “Social distancing” these days (to break the chain of infection from the dreaded Corona virus dubbed Covid-19), there are ways to remain social, without being close to one another!

Thanks to the great invention of The Internet (and Video chat software/Apps!).

Todays post is thus NOT going to be about investments (lets all try to avert our eyes from the market for a little while anyway, am I right?!)…

So, you’d like to keep in touch with your family, or your friends, or even your coworkers, while being “quarantined” at home!?

Since the home “quarantines” began in early March, the most utilized video conferencing/chat solutions has seen insane amounts of traffic, and as a result most of them have experienced degraded quality/service outages. However, most of them have remained fully functional, albeit with limited video quality.

We use Microsoft Teams at work, and in February we didn’t have any issues at all, but by mid March the picture quality of the video calls had seen a significant degradation (visibly pixelated). Same goes for Skype (which is being phased out, in favor of Teams). I’ve heard similar reports from people using Zoom and Cisco WebEx. I guess it’s to be expected, and as long as you’re still able to make out who you’re talking to, I don’t think we should be complaining 🙂

These services are paid services though, so one would be in their right to complain, I guess – but given the current situation that the world is now facing, I think a certain leniency is appropriate.

Anyway, here are my top 5 picks for FREE Video chat solutions that you can run from a phone or a tablet:

Comes as standard on the iPhones, iPads and iMacs. You don’t have to use your phone number, you can use your Apple-ID to phone friends/family/coworkers instead, from any Apple-device. It’s simple enough to use that even your grandmother can learn how to make/receive video calls.

Advantages: Quick and easy to use, if your family and friends are all Apple-users. Works fairly well in low-bandwith settings (from my experience). Can connect up to 32 people in group calls.

Comes installed as standard on (most) Android phones.

I’ve used it a few times from my phone, and I think it works pretty well. If you’re anti-Apple, it’s definitely the best alternative to FaceTime. As a meeting “host”, you also get a few controls (like MUTING certain participants, if uncle Gary talks too much!). You can also chat during video calls, if you need to share a link to your newest blog post – or something like that 😉

Advantages: Integrates with Gmail™ and Google Calendar™, works on Chrome™, connect up to 10 participants. Certain controls available to mute/pin certain people in calls (a bit more advanced than FaceTime).

Zoom can be run as an App or a plugin in your browser. You have to sign up to the basic subscription model though, which allows you to have unlimited amount of meetings with up to 100 participants (in case you would want to try and have your 50th birthday or your wedding on Zoom 😛 ). However, the basic subscription only allow you a maximum of 40 minutes per meeting (this is a little lame, but OK), when you have more than 2 participants.

Advantages: Zoom is a professional paid collaboration service, which will allow you to share presentations, have “break-out rooms” and have a class-room style experience. Zoom is often used these days by our schools in their attempt to have remote class-room sessions (it works pretty well from what I’ve been told).

Encrypted chats and calls! (But yeah, Facebook now owns it, so there you have it…). If you’re into privacy there’s really no way around WhatsApp! Video quality is not great though, especially not if you move around (like trying to capture the kid/dog doing moving circus tricks), but if you stay fairly still it’s acceptable. But it’s free, so we can’t complain!

Most people who use Facebook also knows their Messenger app. It can also be used to make video calls, however unlike it’s counterpart from WhatsApp, neither chats nor video is encrypted. So if you don’t like the NSA (or the CTU) to spy on your conversations, use WhatsApp instead!

Compared to WhatsApp the video quality is similar, although I do experience the general video quality as being a tad better than WhatsApp – at least if you sit fairly still. If you move around a lot, don’t expect a clear picture 😛

Advantages: You can easily spawn a video call from any chat inside Messenger – even group chats. If you use Facebook and Facebook Messenger a lot, making video calls to your contacts is very quick and easy.

So there you have it people!

Now your next problem is teaching your grandmother how to use one of these! HA! 😛 (Ps. all of the grandmothers in my family have learned how to use FaceTime. The oldest one is 87!).