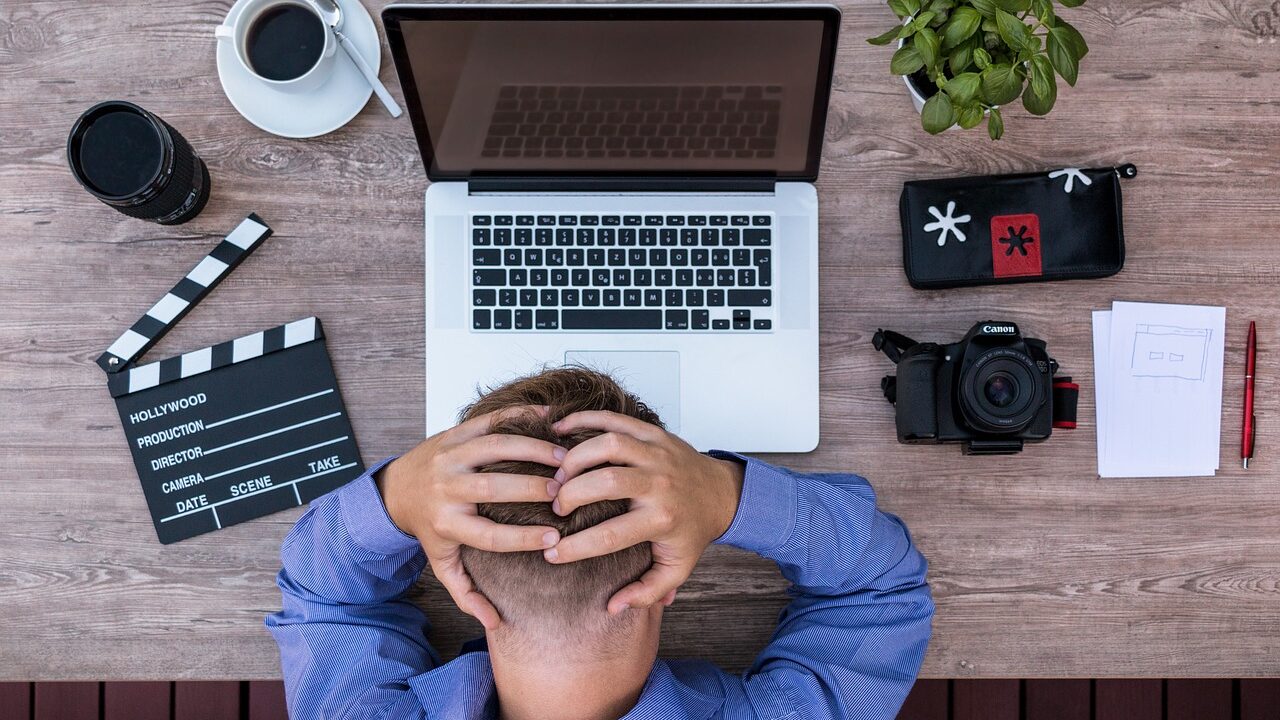 I’ve found it difficult lately, to find new inspiration for interesting topics to write about.

It’s quite typical for me to be super excited about something for a while, and then lose interest after a couple of months.

Next month will be the 2-year anniversary of the Total Balance blog (yay!). I’m not gonna lie, it was more interesting and fulfilling to write posts during the first year. I seemed to have a never-ending supply of interesting topics to write about. But after some 90 posts, I feel like most of what I had to say has been said.

New FIRE blogs have arrived since I started (the supply of new FIRE blogs seems to be never-ending too 😛 ), and most of those follow the same trend; Lots of posts in the first year/few months, and then the pace of new posts slowly start to decline. Some just quit altogether (like Brandon at dividends4dinner, Marc from financeyourfire.com or Mrs FF from fretfulfinance.co.uk), some post less regularly and some post only a few times per year (like firethe9to5.com or ditchthecave.com).

Even though I feel pretty uninspired lately (in general – not just blogging-wise), I’m determined to keep this blog alive, as I want to prove to you guys (and myself) that my goal is attainable.

So today’s post is (mainly) to remind myself, WHY I do it.

A while back I wrote a post about IKIGAI, which is a Japanese concept that means “a reason for being”. In this post I conclude that two of the things that I love to do, is to Create & Inspire. Since then, I’ve added another one.

I’ve always had a good eye for graphics and visual composition/colors, and I can spot a good/bad photo or webdesign a mile away. If a picture or a design is just 1px mis-aligned, my eye immediately spot it (which is really interesting, since I’m blind as a bat without my glasses). I’ve come to learn that not all people have that skill. Some can’t spot small mis-alignments at all, and some just don’t care. I suppose this is also where my love for symmetry comes from. There’s just something soothing/calming about perfect symmetry.

The other day I had a chat with my recently retired uncle (accountant for 35 years) who used to work 80 hour weeks. He loved his job, and now that he’s retired he expressed that the thing he misses the most from his day job is the creation process (that and the socializing with coworkers – he’s a very social guy). It’s that sense of having achieved something. Anything, really. And I recognize this feeling, so I know that when I get that “I haven’t done anything today/this week I’m such a loser”-feeling, it’s time to start producing/finishing something. I think THIS exact feeling might be why we have skyscrapers, space shuttles, hearing aids, glasses and electric cars today. – Because someone had to DO something (cause he got bored with doing nothing). Not everyone feels like this (clearly), but in recent years I feel it more and more – the need to create something.

The process of “finishing something” is something that I think most of us enjoy (again, not everyone, I know). Seeing something appear out of thin air, whether you’re building a house or a birdcage, writing a paper or creating a painting (or just painting your walls), this is one of life’s main purposes, I think… And yet I often find it so difficult to finish a task – like the dishes. I hate doing the dishes. It just seems so purposeless. They’re going to get dirty again tomorrow anyway, and then we have to do it all over again? So finishing repetitive seemingly meaningless tasks is not the same, as finishing seemingly purposeful tasks.

So what constitutes a seemingly meaningful task?

I’m going to let you ponder that for a while 😉

Inspiration can come from many places in many different shapes and sizes. I like to inspire people to do something out of the ordinary. Not necessarily something that’s extraordinary, but something that’s different from what they would normally do (or be expected to do).

I hope that my writings have inspired someone to embark on their own (FIRE) adventure.

Follow your dream(s) is such a cliché. You don’t have to dream big. Start small and then see what happens. Some people will encourage you to dream big and never think small – I’d encourage you to start somewhere, and then (maybe) work your way up to the stars from there 😉 It’s OK to not have dreams to shoot for the stars!

I also try to inspire my daughter to learn new stuff, and to embrace her own strengths (and weaknesses). I’m not doing great in that department though…Whenever I tell her to get off of her iPad, she moans something like:

IT’S OK DAD, I CAN WATCH THIS! IT’S EDUCATIONAL!…

Little bastard, using my own (inspirational) words against me.

I think this part is pretty self-explanatory, but in classic Nick-fashion there’s a duality to this word.

Yes, I like to connect with people. I like to converse about life’s big mysteries, and I don’t mind the occasional small-talk either. But what I truly enjoy, is to connect with people about some sort of common topic. You know the feeling, when you meet someone (someone you know, or someone new) and you discover that you have a common passion/interest for something (could be FIRE/investing or currently I’m also pretty into EVs). You feel like you can talk for hours about <insert your favorite topic here> with this person.

I also really enjoy the FIRE community, as I feel more “at home” here than “out there” with society who have yet to discover that there’s a way out of the hamster-wheel. Of course there are many levels of which to connect with people, it doesn’t have to be a deep connection. It can simply be acknowledgement of another persons presence. A wave and a smile, or a simply “hello, how about this weather?” can sometimes be sufficient to make a connection with someone you don’t know. In Denmark we have a nasty habit of “not recognizing other peoples existence”. I see it daily, walking around the office. Very few people nod/smile or even say hello to you. They just walk pass as though you’re not even there. I make a point out of trying to meet peoples eyes when I pass them, even though I don’t know them. Few return the gesture. I think that’s a shame, but I guess this is a pretty good indicator of what society has become. Cold and distant. I prefer warm and cuddly.

Alright, enough about cuddly feelings! Now to the 2nd meaning of the word “Connect”!

Besides connecting with people, I also enjoy CONNECTING shit (like electronic toys and gadgets!). Get it? 😛

If it has an App, I’m so down! Recently I picked my new EV wall-charger for my Renault Zoe based on the APP functionality – never mind the charging of the car, I assumed it was also able to do that. – But it’s gotta have an App, man! If the gadgets are able to actually TALK to each-other, that’s even better! Like if your smart fridge discovers that you’re out of milk, and automatically goes online and orders some from nemlig.com (I don’t actually have this feature, but wouldn’t that be pretty sweet?).

NO, NICK! I WORRY ABOUT MY PRIVACY!!! WHAT IF PUTIN FINDS OUT I DRINK 2 GALLONS OF COCOA MILK PER WEEK!? HE’LL USE IT AGAINST ME!

Oh get over yourself, nobody cares.

I actually also enjoy connecting people (to other people). Like if I know a guy that does/knows something, and you find yourself in need of this specific ability/service, I’ll hook you up, man! I like to think that bringing (good) people together always comes back to you somehow. Karma and pay-it-forward and all that. It’s not that I do it because I expect something in return (other than a thank you). I just enjoy “networking” I guess.

I also have a 4th “topic” that I think is worth a mention in this context. I (sometimes) like to Learn.

But I remember during the last year(s) of university, I had learning-fatigue. I was tired of learning, and wanted to go out there into the world, and USE what I had learned so far. So I’m not that kind of guy who constantly seeks out new knowledge about anything and everything – but I like the occasional deep dive in a (new) topic. Lately I’ve been eager to learn more about Electric cars (how they are built and how you can charge them etc.), but other than that I feel like whenever I take on a new topic, I have to “take something out as well”. It’s like my hard drive has limited capacity for storing knowledge 😛

I used to be a walking joke-encyclopedia, and now I can hardly remember even a handful of jokes off the top of my head. So basically, I used to be funny (sort of – haha), and now I’m not…

Learning new stuff somehow becomes increasingly difficult with age (I’m 37 and I feel it already). Your brain is like a muscle that needs exercise. The less you use it, the weaker it becomes. I see it in the elderly generation in my family. The few that remain (brain) active and challenge themselves regularly appear to be much better functioning, than the ones who mainly sit around and watch TV all day. We have one particular “aunt” in our family who continue to amaze me with her wit, and she’s just turned 80. So I know first hand how important it is, to keep challenging your brain to learn new material. And yet in recent years I find it more and more difficult to actively seek out new knowledge. I’ll read a book and watch a documentary every now and then, but REALLY learn a new subject – I haven’t done that in years. Perhaps it’s time to go back to school?…Naah!

So I’ve had these 3 (4) words written on my notepad for a while, and I figured it was about time to put them out there in the world, so that one day when I find myself in a funk, I can bring up this post and remind myself what it is I enjoy(ed) doing. Some I feel stronger about than others, and I imagine that new ones might pop up as time goes by, but these are definitely my 3 (4) core “values”, if we can call it that…I’ve never really been fond of “defining values” and “mission statements”, but in the context of Financial Independence and self-development, I think it makes sense to spend some time pondering which “traits” or “values” that you’d use to describe yourself.

So I’ll send the ball over to you, dear reader(s). Which traits would you highlight in yourself, or what do you enjoy doing?