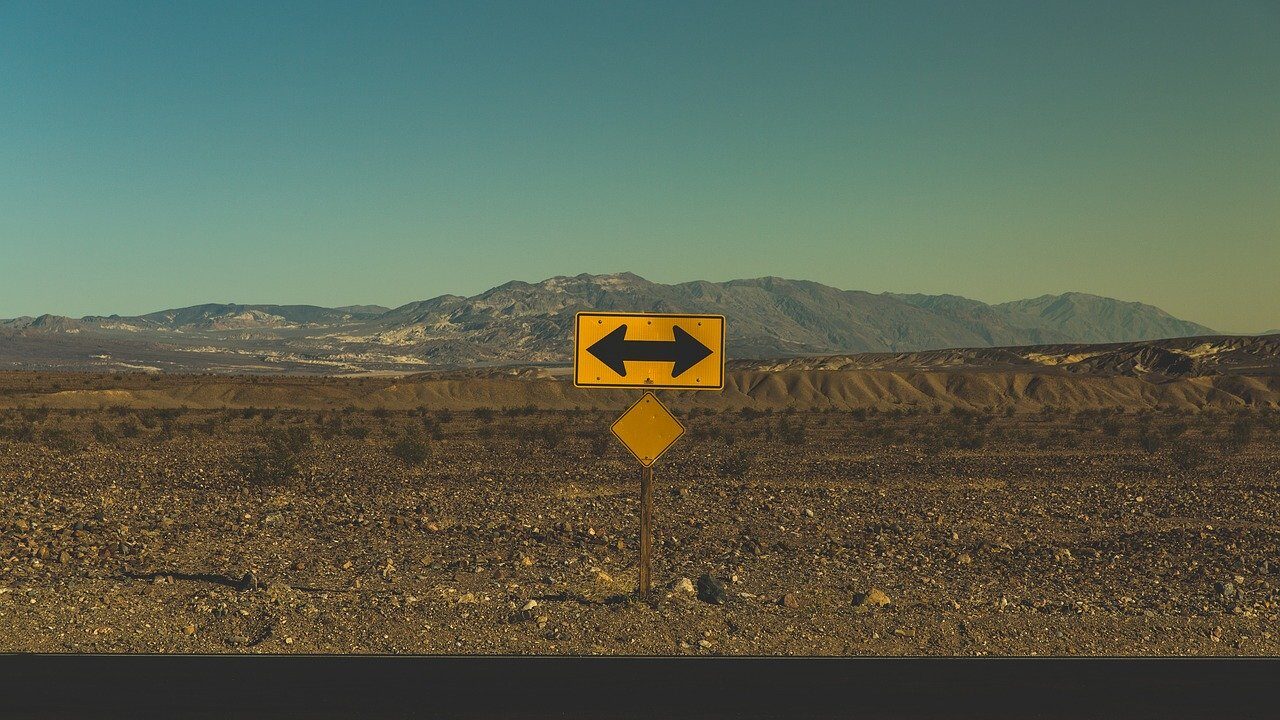 Unfortunately, “The Universe” had another plan.

Sometimes it’s simply easier to “take the path of least resistance” (go with the flow?), than to “fight the system”.

In this case there were several reasons that ultimately made me change my mind, about using my mortgage as leverage to boost my Total Balance (and ultimately speed up the pace of making new investments). Allow me to explain:

If you’re somewhat active in the FIRE community (forums, Facebook groups etc) you’ll encounter this question from newcomers every now and then:

The answer to this question is always going to be very subjective. Some people despises debt (good or bad). Some people prefer to use 100% leverage/gearing in order to reach their goals faster. Some people are somewhere in between.

I found myself giving advice similar to something like this:

As a thumb rule, I wouldn’t stop amortizing to invest instead, unless my LTV was below 60% and the interest rate was < 2% (fixed).

My LTV is currently just shy of 70%. Hmm. It seems by adhering to my 2020-plan, I wouldn’t be following my own advice…

When I revealed my plan to my bank, they were very open to the idea, but they wanted a re-evaluation of the house, because I would need to get a whole new mortgage. I was pretty puzzled, as the loan the bank originally sold us came with the option of 10 amortization-free years. The loan had only run for 3 years, and we had only used 0.5 of our 10 amortization-free years. WTF?!

It turned out that they had only granted us 1 amortization-free year (not 10!). WTF!?!?! They had neglected to point out this detail to us, when we signed the loan agreement. Because we still had the summerhouse when we bought our new house, we had a very high gearing (debt:income ratio). When we got the loan our gearing was > 5:1. Usually when you cross 4:1 (Debt = 4x Household yearly income, pre-tax) the banks start to get nervous. So because we had such a high gearing, they wanted to make sure that we actively worked to lower our gearing. So they made sure of that by NOT granting us the possibility to “turn off” amortization for longer periods (> 1 year).

Of course now we’ve sold our summerhouse and paid down on the principal, so our current gearing is just above 3:1. This is far within the “safe zone” so the bank has no problems offering us an interest-only loan (amortization-free) for the next 10 years. But here’s the kicker: Of course they want us to PAY for a completely new loan. €2.000! W.T.ACTUAL.F.!?

I obviously complained (loudly). Much to my surprise, the bank kinda admitted to their “fault” (they’d never admit to calling it that, though), and offered a discount of €1.000. This is the first time I have ever managed to squeeze ANY kind of discount out of this bank, so I was very surprised! 50% discount – not bad!

Still, I would be paying €1000 for something that I believe I already paid for once…

In going against Reason #1, I would effectively skew my risk profile, and ultimately I’m uncertain whether the risk in this case is worth the (potential) reward.

What if “The Universe” is somehow trying to tell me that right now might not be the best time, to double-down on more properties?…

Worst case scenario, the interest rates spike and the house prices drop as a result. A 20% drop (which has been seen before) would result in my LTV reaching closer to 90%, and thus my “3 Pillars of Wealth” could quickly become “2 Pillars of wealth”. It doesn’t quite have the same ring to it, does it? 😛

Also, there is that symmetry “issue”…I do love symmetry! (maybe “The Universe” does so too!?)

And so, (primarily) due to above reasons, we ultimately decided to “go with the flow”. Take the path of least resistance, and continue paying off our loan principal, just like we have done for the past 3 years or so. We’ve opted to extend our current loan for another 2 years (F2). During the process it turned out that our bank actually came up with a fairly high evaluation of our house (using mathematical models – they never actually sent out a guy to physically evaluate it). I did some quick number crunching, and provided that they use the same model next time our loan is up for re-financing, we should be just below 60% LTV in 2 years time. So by then it would make more sense to pay to get the new loan (because a < 60% LTV puts you in a lower fee-bracket, and thus saves us money going forward).

So, without further ado, I give to you the (new) perfect symmetrical 3 Pillars of Wealth (planned) Distribution for 2020: 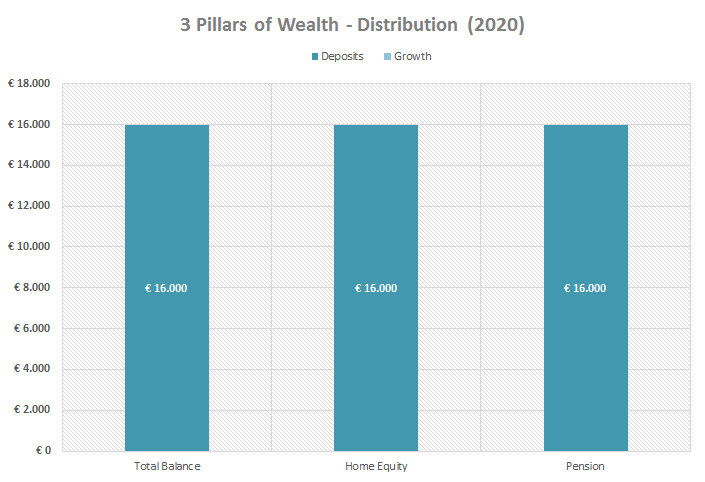 In the end, it’s probably not going to look exactly like that. But that’s the (new) goal for 2020 anyway (I’ve fiddled with my Pension contributions for 2020 to make it match the other two…).

Nick’s autistic ticks are calm and collected, looking at this chart above 😛

Oh, that. As always, I might still have a few tricks up my sleeve to make that happen anyway… 😉