My crowdlending adventure delivered passive income above average this month. I actually hit an all-time high crowdlending income of €149. This was primarily due to an early exit in one of my investments at ReInvest24. I received this explanation from Tanel, the CEO of ReInvest24:

Despite the good performance, the property was expensive considering price per square meter, and if the holiday rental market would tighten, there was a very realistic scenario of property to start underperforming.
By the end of the high season, we found a private investor, who was interested to purchase the property. Considering potential low-season vacancy risk and the price we were able to negotiate, we decided to sell this property, providing our investors with 8.01% net capital growth over 6 month period.

Because they managed to sell the property at a nice profit, the Annualized yield was actually 24,37%. That’s pretty good, for a 5-month property investment I think. However, I didn’t invest in this property to exit it 5 months later. This one turned out to be profitable, sure, so it worked out great for everyone – but it’s making me question the viability of these kind of investments. I simply don’t know enough about the Baltic real estate market to make a sound judgement, of whether these properties are worth the risk. I made two investments with ReInvest24 5 months ago. The other one was scheduled for repayment at 30.09.2019. Today, I received this statement from ReInvest24 in regards to my 2nd property investment with them:

The estimated repayment dates for these 2 projects were scheduled for 30.09.2019. Currently works on the project are fully finished and since the beginning of the September the property is on the market for sale.

We see huge interest from the buyers side towards this renovated property, but as you know finalizing the real-estate deal takes time due to paper work, booking notary times and so on. We can’t provide the exact date, when the deal will be finalized, but considering the increased interest from buyers side it should not take long.

I realize that selling refurbished apartments is not an exact science, so I’m sure the property will be exited eventually – it’s just that I have 3 similar investments of this kind with Bulkestate also, and one of them is due to exit in October. I’ve now started to worry that that exit wont be timely either – which is very annoying, because i kind of already had plans for the money that was supposed to come out of these two platforms in September/October. Oh well, goes to show you that nothing is for sure, until the money is in your bank account. I’m sure the projects will be profitable and exited soon – I just don’t like the waiting game 😛

Several of my other platforms had some projects mature this month, so I now have a chunk of cash on Grupeer, Crowdestate and Crowdestor that’s waiting to get re-invested. I joined Grupeer primarily for their 15% development loans with Buy-back guarantee. The interest on those have since gone down to 12-13%. While I really like Grupeer, I’m not crazy about the P2P loans on the platform, and while 13% interest and buyback on a development loan is still decent, I’m contemplating moving my cash to greener pastures (read: more risk, more reward). My crowdlending allocation remain at around 15% of my Total Balance, so I don’t mind the higher risk on the newer platforms (if I can get 20%+ interest on my investments). Anyway, more on that next month 😉 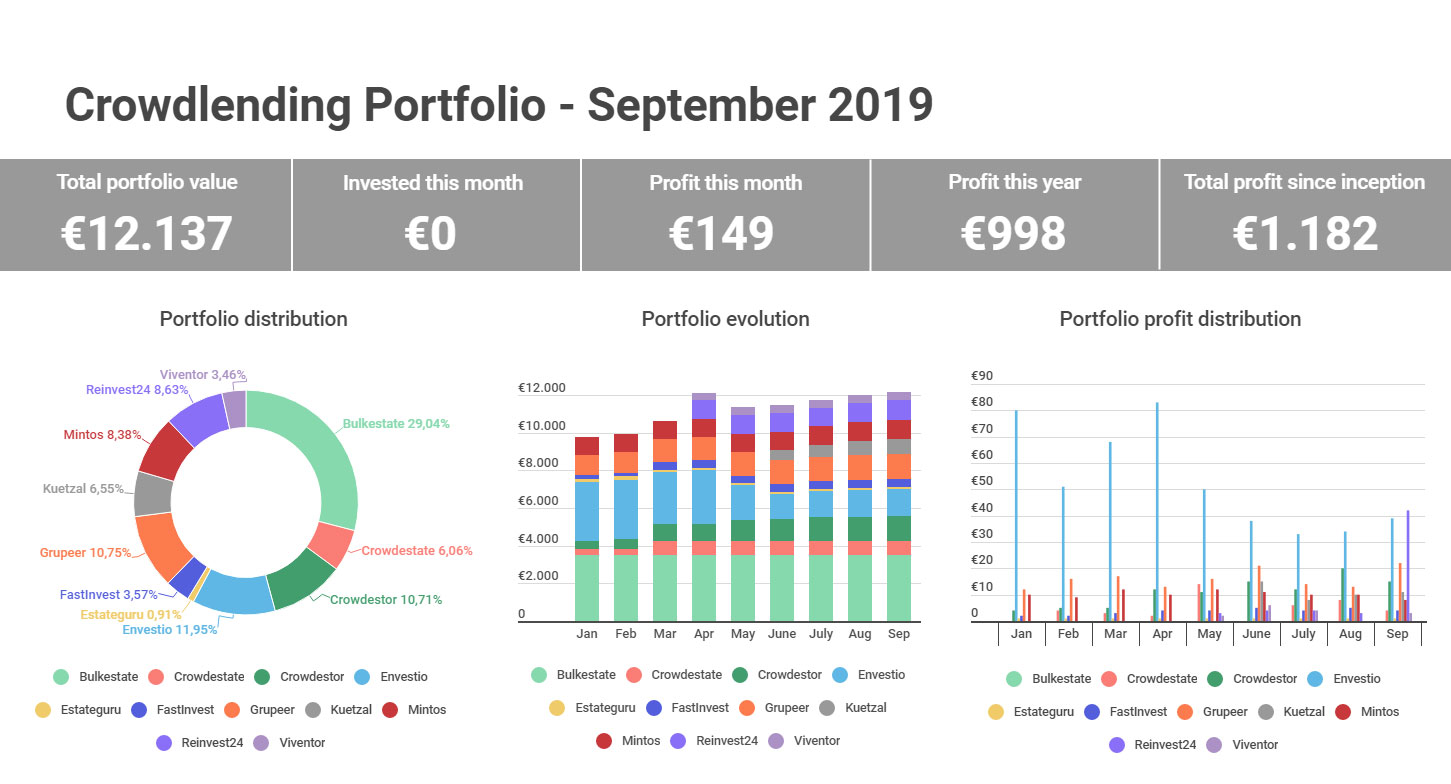 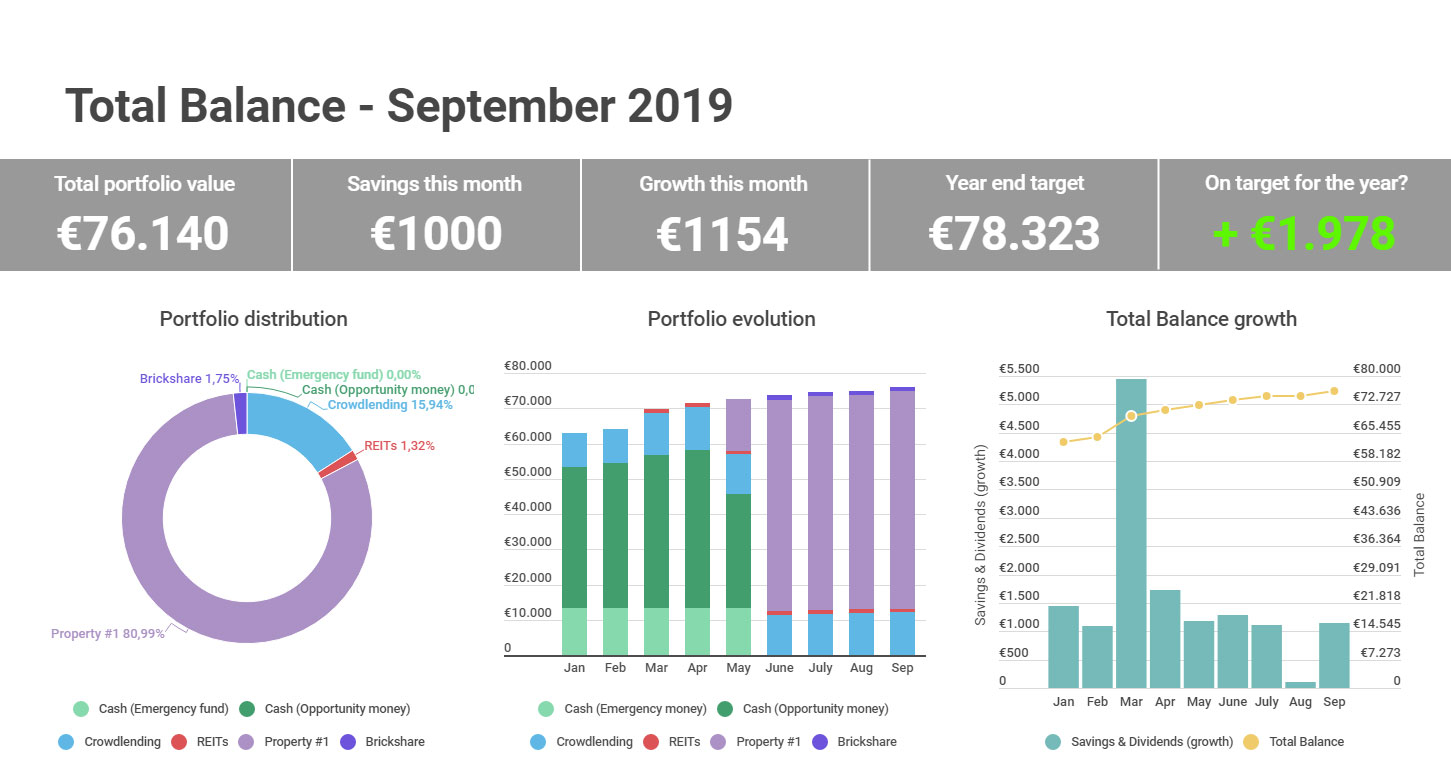 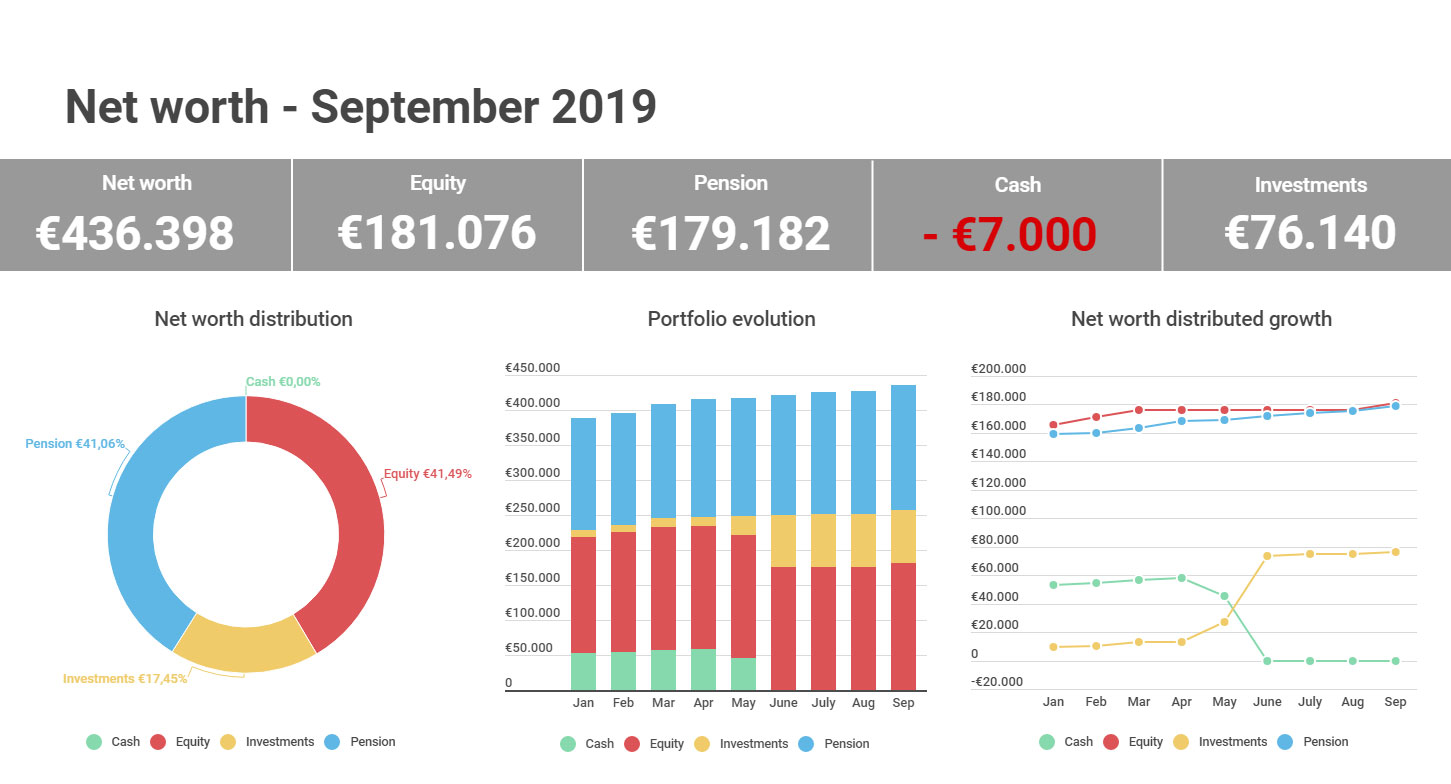 Of those 3 Infogram pages, I have to say that the one that (currently) excites me the most, is Page-3 (Net worth). I’ve added almost €50.000 to my Net worth since January. That’s a pretty penny. I have never really been tracking my Net worth before, so seeing these figures are quite exhilarating. If the trend continues, I will pass €500.000 before the end of next year! That’d be something! €100.000+ in investments and €500.000+ in net worth by the end of 2020 sounds pretty decent to me 😛

This one never gets old:

I really could do with just this chart. I believe it says everything that is necessary to be said – but what’s the fun in that?! 😛

That concludes the round-up of this months shenanigans on my route to FI. Did you catch my blogger-on-fire feature, over at firehub.eu? 😉

All in all, a good steady month; back on track with my savings, and a record crowdlending income month! Provided that Bulkestate manage to stick to their repayment schedule, October should be even better!

Next month will (hopefully) debut a couple of new investments (and maybe we will see some old ones exit?), so stick around for the next update!