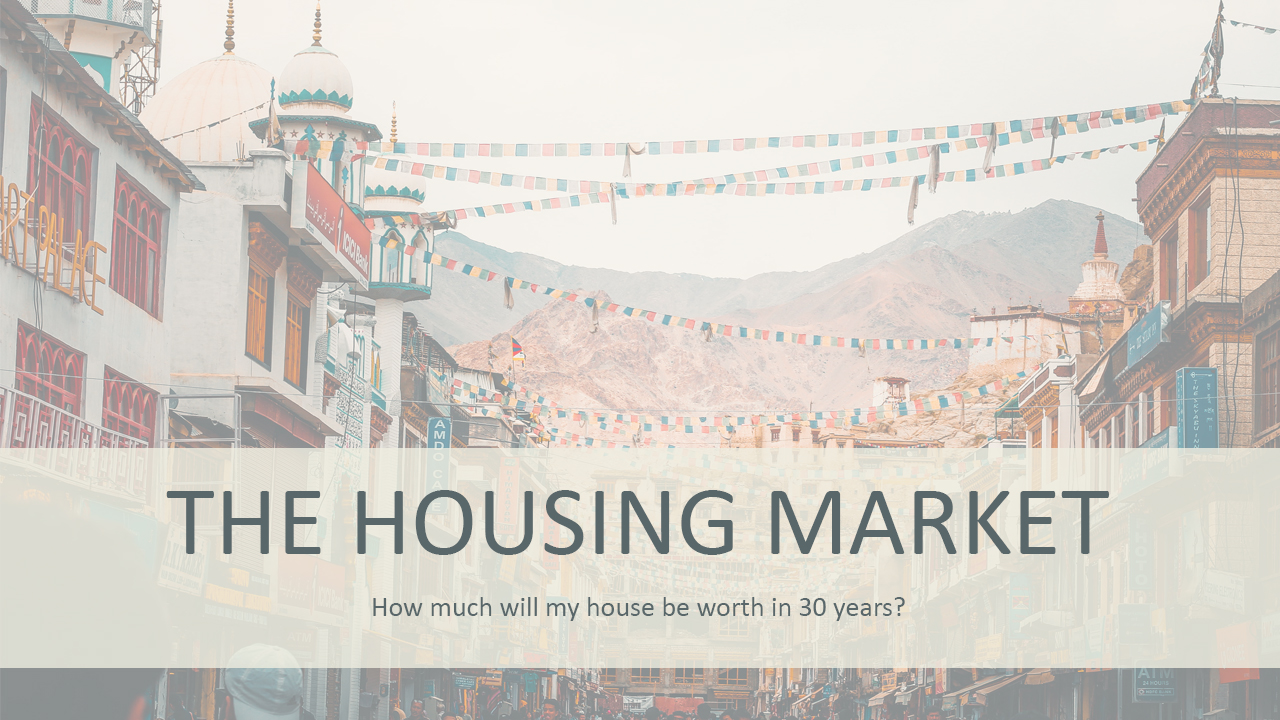 I found myself channeling my inner fortune teller today, and since I’ve been preparing for a remortgage for some time I thought I’d share my thoughts (and projections) on the process with you guys! (Oh geez, he’s lost it completely now!)

Bear with me here 😉 – It’s going to get really interesting, I promise!

One of the things we’re really good at in this country, is gathering data. We gather statistical data about almost anything you can imagine. It’s not always easy to find the data that you need, but you can be sure that it’s there – somewhere!

In this case, I was looking at the house pricing index, and comparing it to the current estimated value of my own home. When looking to purchase a house/home (anywhere), getting data about the area is always important. Fortunately, we have some great FREE tools available here in Denmark, one of which is DinGeo, which translates loosely to “Your Geography”. At this website you can enter any address of any private home in Denmark and get a lot of interesting information. Most of this information is mainly relevant before you’ve decided to buy it, as it can give you an indication of traffic noise, water levels, Internet speed availability, taxes, radiation levels, potential “dangerous environmentally unfriendly” companies nearby and lots of other interesting data.

Since I’ve already purchased my home, I’m well aware of its “shortcomings” (there are not many – but there’s always something, right?), so the main information that I’m now interested in is the valuation. DinGeo presents valuation data from 8 different sources, and gives you an average valuation, based off of these 8 sources. From experience I know that this valuation is actually quite accurate (of course there are always cases where it’ll be way off, but in general it’s spot on within a 5-10% margin – which is a lot better than the valuation from the IRS).

The reason why it’s fairly accurate, is because a few of the valuation sources are based on actual deals in the area, and of course it also base the estimate off of the latest sales price of the actual property, and then just adds the average growth in the area to that price. Pretty straight forward actually 😛

But anyway, the reason why the valuation is interesting, is because I want to stop amortizing. The bank will (generally) allow you to do that, if you have an LTV < 60%. Right now we’re hovering around that, but it of course greatly depends on the valuation. The banks have access to the same data that DinGeo has, so their valuation will be somewhere in the same neighborhood. They will typically also do a physical inspection of the house, just to make sure that it’s being properly maintained and that it’s still livable 😉

Of course, being the analytical type, I would like to have some “guestimates” as to where we would be in 10-20 years, in terms of house value, since not amortizing does increase your risk towards increased interest rates (we have a flex-mortgage) and general price fluctuations on the housing market. If we’re at 60% LTV now, and we stop amortizing and the housing market suddenly DROP 20% in value during the next 5-10 years, then we’d be pretty much back where we started (at 75% LTV). I’d of course like to avoid that situation, so I need to re-assure myself that our house most likely wont drop significantly in value during the coming years.

To give you guys some context, this is the average house price (not including apartments) of the greater Copenhagen area (suburbs included) (price per square meter. 1m2 = 10.7sqft) from 2004-2021:

It annoys me that this statistic doesn’t go further back, but you get the idea (the prices are higher now than they were 10 years ago).

Luckily, DinGeo.dk can help us out with data going back even further. This is a depiction of the house prices in my area (part of the greater Copenhagen area), going back almost 30 years (1992-2021):

In both graphs above, the latest housing bubble and the following sub sequential financial crisis is clearly visible.

Looking at the 30-year graph of my area, the trend seems pretty clear though. If we flatten the peak between 2004-2009 it seems to be following a trend of double-up every decade (give or take).

Pretty mind blowing actually. Notice how the prices appear to have taken off from the trend again during the last couple of years (hello, Covid-19). It will be extremely interesting to follow the development in the coming years. I wonder if we’re seeing the beginning of a new bubble? Or whether it will normalize again?

Lets be optimistic and assume that the current trend is going to continue (ignoring what seems to be the beginning of a new peak). How would the value of my current home then develop in the next 30 years? Well, with a little help from my good friend, Photoshop – this is how it will look in 30 years time (I know it’s a bit crude, but bear with me here! 😛 ):

The projected value of my home

My house is 169m2 (1808sqft), so the green lines on the graph represents the value every decade, based off of the projected pricing.

Considering that the square meter prices have doubled every decade (give or take) for the past 30 years, I actually believe this projection is conservative.

BUT, there’s one big difference from then to now; The interest rate. The interest rate have been steadily declining for the past 30 years. I’m pretty sure we won’t see that trend continuing for the next 30 years. I’m actually fairly convinced that we could see the reverse scenario, which would undoubtedly put a damper on the house prices…So really this projection isn’t worth that much – but wouldn’t it be crazy, if it actually played out somewhat like the projection?… 😉

So, was my house a good investment so far?

Just for the fun of it, I want to share the 8 value estimates on my house from DinGeo (snapshot from today):

This is 25% more than we paid for the house 4 years ago. Now we wait to hear what the bank has to say about it 😎

NOT owning your home can thus be one of the biggest (financial) mistakes of your life (if you believe that history is going to repeat itself…).

7 thoughts on “Where is the housing market going(?) (A projection based on 30 years of data)”