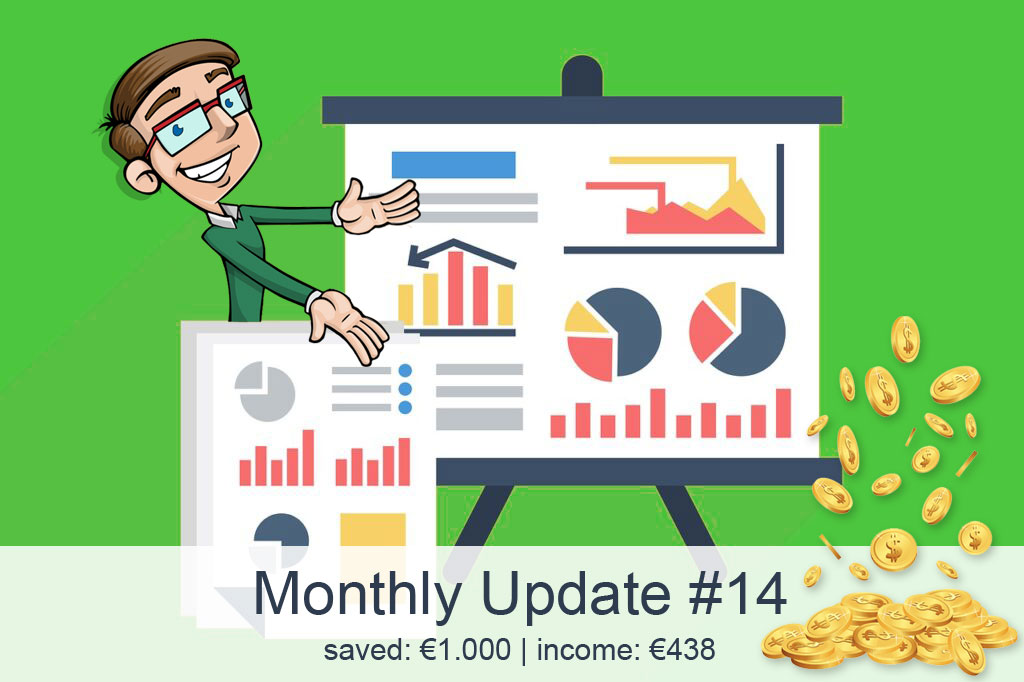 Here we go again! Another month blew by, and it’s thus time for another riveting financial update from yours truly!

It has been quite an eventful month!

I sold some stuff, bought some new shiny “stuff”, entered 3 new crowdlending platforms and exited 1 (actually planning to exit a few more). I also received my biggest payout to date, which I had been waiting for for an entire year! It feels good to harvest the first fruit from a seed that was planted more than 1 year ago!

I also teed up for another Brickshare investment, which I promised in last months update (see the project here). It didn’t quite make it onto the books this month though, as the payment hasn’t been processed yet (not sure what we are waiting for, but I will let you know, once I know more!).

Anyway, enough jibber-jabber – let’s get to it!

Crowdlending income this month soared through the roof, thanks to a long awaited first payout from one of my very first crowdlending investments with Bulkestate. I invested (way too much) €2.500 in a single project (see it here) and I’ve been worried ever since – but for no apparent reason, as I received my principal AND my accrued €325 in interest on the day that was promised (it arrived very late in the day though, so I was really anxious the entire day!). It arrived on Oct 15, as promised. Bulkestate has not announced the exit of the property yet though, which is a bit puzzling to me…I wonder whether they’ve settled this property out of their own pockets, to satisfy their investors, while awaiting on the sale of the property to go through. This is merely speculation though. Either way, it’s something that ReInvest24 could really learn from! As they have STILL to repay their investors on a project that was promised to exit on Sep 30. Selling properties is not an exact science, so I understand that deals can drag out – but clearly Bulkestate has found a way to take on that risk alone, and hold their investors unaccountable – so kudos to them 😉

Anyway, this experience has made it clear to me that I should try to limit myself to this kind of exposure in the future. I don’t think I will be investing again with Bulkestate OR ReInvest24, once I receive my principal (and hopefully some interest too). I currently have about €1.500 combined invested in those two platforms. I have another project with Bulkestate, which is scheduled to exit on Nov 12. However, I’ve noticed something interesting with that project. It’s this one. Apartment in “Sun Terraces” in Jurmala, a €270.000 loan at 16% interest. Now look at this one, which was announced last week (Apartment in “Sun Terraces” II). It’s basically an extension of the original loan, but at a lower interest rate (14%). So, new investors gets to take over from the previous ones, but at a lower interest rate, which is interesting. It might be business as usual, as I’ve seen these kind of extensions before, but I’m not touching that thing with a fire poker – call me a prude, I don’t care 😛

As I outlined in my biggest crowdlending mistakes post a while back, one of the things that I learned since I first invested (with Bulkestate) was to only put a small amount of money in a lot of projects, instead of a big amount of money in a small amount of projects 😉 I’ve since turned that approach into a strategy, which I try to follow. This approach has led me to open up accounts with 3 new platforms this month! – So, welcome Monethera, TFGCrowd and Wisefund to the roster!

At the same time, I have decided to “follow my gut”, and to start withdrawing my funds from platforms that primarily offer P2P loans. This means (an eventual) goodbye to FastInvest, Grupeer and Viventor. I have decided to keep Mintos in the roster, simply because it is one (if not THE one) of the most established players in the P2P sphere. The interest levels on Mintos have however been approaching 10% for a while now, and most people are reporting that 12% is a rarity these days. I consider this quite normal, and it would surprise me if the interest wouldn’t continue to plummet. If it reaches 8% I will consider withdrawing from the platform, as I can get more than double that elsewhere.

My crowdlending strategy going forward will thus continue to be: Follow high-interest opportunities in the “pick-and-choose” platforms which pays monthly interests, like Crowdestor, Envestio, Kuetzal, Monethera, TFGCrowd and Wisefund. I didn’t mention Crowdestate here, as I’m currently undecided whether I’m going to continue to invest on this platform. I currently have two outstanding loans, and the interest rate of new projects is in a continuing decline, like Mintos. I honestly see this trend as healthy, as the platforms become more established, it’s only natural that the interests find a more “reasonable” level. But for now it doesn’t seem like the risks follow the downward trend, so a 12% loan on Crowdestate seems just as “risky” as a 19% loan on Kuetzal (this is just an example). Thus I see no reason to stick with the 12% loans…

I’ve been debating heavily with myself, how to reveal my latest “impulse purchase” to my readers, but if anything, you know me as a guy who doesn’t sugar coat things, so here goes: I bought 4 gold coins (4x 1oz) in October…

I’ve since regretted it a bit (ooops – I got Gold fever there!). Not the fact that I bought them, but the timing of the purchase was less than perfect, if I’m honest. I’ve been looking at gold coins for years, and I’ve always imagined owning a few (I used to collect coins when I was young – so I have a soft spot for coins), but I never got a around to make an actual purchase. I attended a webinar on gold in the beginning of October and decided in the spur of the moment (while still in the webinar) that there was no time like RIGHT now to act… 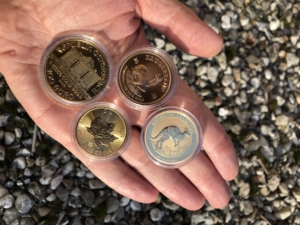 Gold and the dollar was both kind of expensive in October…Not the best timing! – BUT, now I have them, and since I don’t intend to ever sell them, the timing of the purchase is sort of irrelevant. How will you make any money off of them, if you don’t plan to sell them, Nick?!

Well, I consider gold in my portfolio as a form of insurance policy. Against what?

For when the zombies come, of course! 😛 A small part of me does not believe that our current monetary system is sustainable. The fact that the banks are actually PAYING people to take out loans (negative interests) kind of says it all. Something is terribly wrong, and even Mr. Twitter President himself believes that our only viable option to restore faith in our monetary system, is to return to the gold standard. Gold is a finite resource – €, $ and £ aren’t. It’s highly unlikely that it will happen – but now I have a small insurance against such an event (the zombies) 😉

Anyway, the Bulkestate payout opened up a “diversification opportunity” for me, so I decided to also part with my single REIT and move into some gold instead. There’s an old saying:

I don’t know who said it, but i like it! 😛 I don’t recommend you go out an buy gold, honestly. If you want to buy gold, there are plenty of ways to do so, without buying it physically (ETFs & goldmine stocks etc.). I’ve always been a bit of an oddball, going against the stream, so it’s no surprise really that I would suddenly go and buy some gold coins! (at least not to me…). Anyway, my Total Balance portfolio now consist of approximately 7% gold! YAY!

(Spoiler: I’d like to eventually add a 5th coin to the collection, as I think that would make it “complete” – but the American Eagle coin is a collectable in itself, so it trades a bit higher than it’s actual value in gold – so I will wait for a golden opportunity to add that to the collection – get it?!). 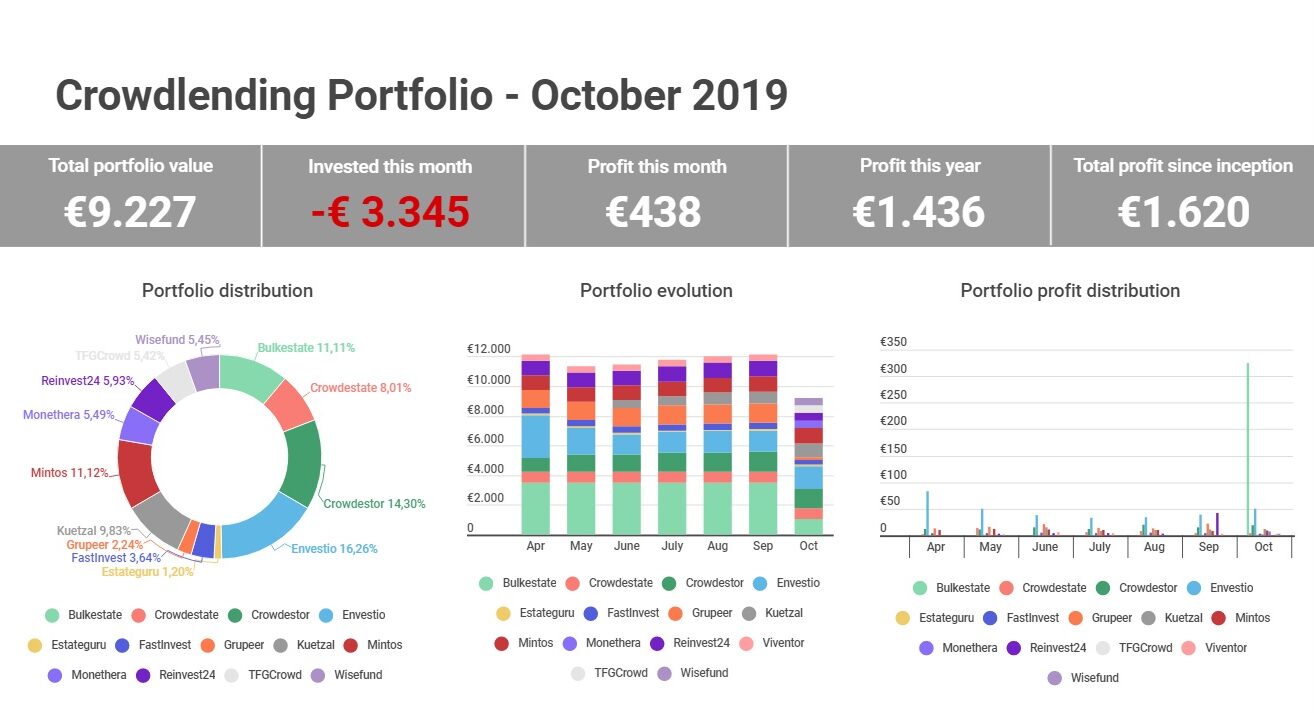 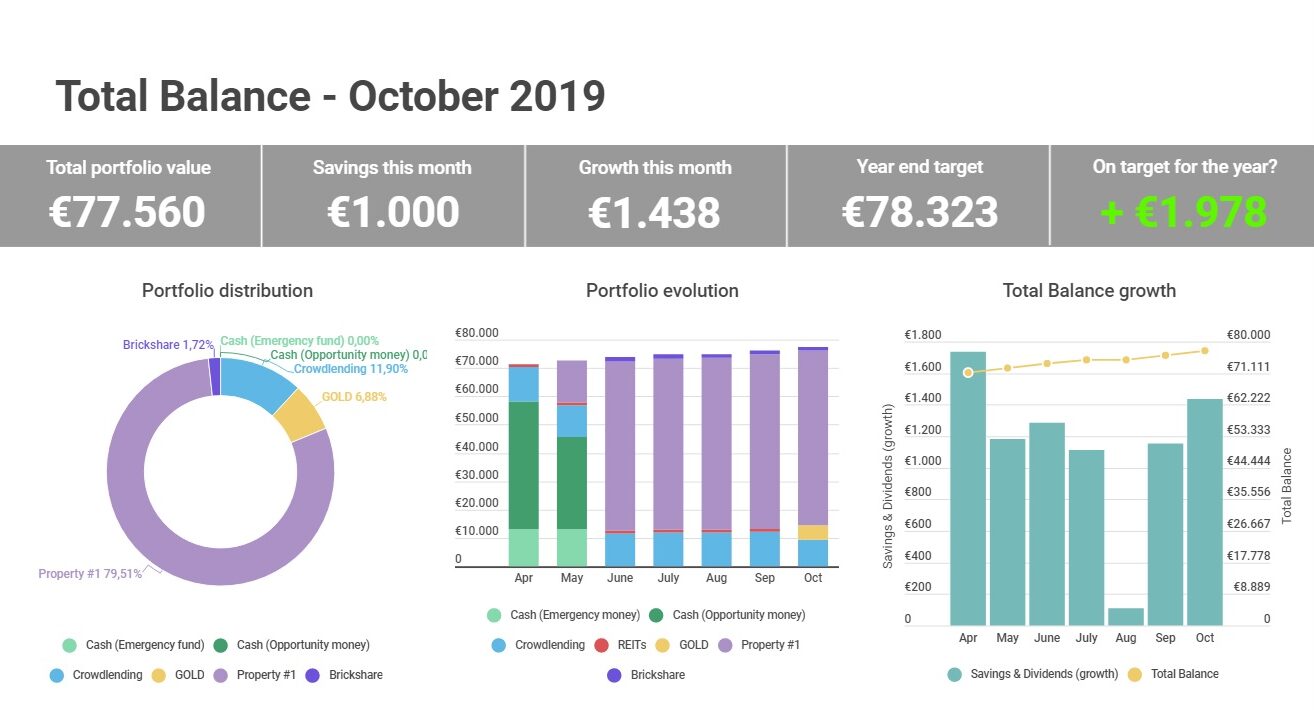 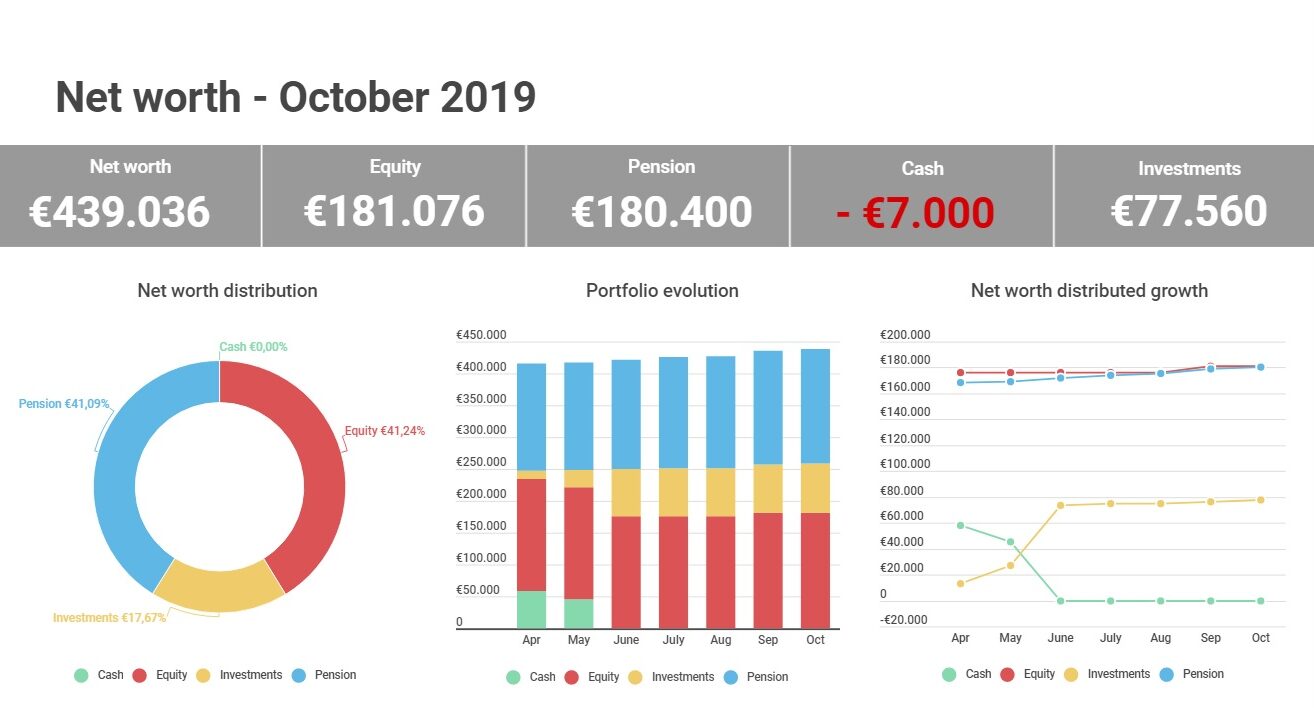 The most notable change this month is obviously the decline in invested crowdlending funds, due to the addition of Gold to the portfolio. And the big spike in the income from Bulkestate also distorts the picture a bit (not that I’m complaining). My pension also continue to rise slowly but steady. It will be interesting to see, if our equity can continue to keep up with my pension (I hope my pension funds eventually leaves our equity in the dust! – At least this is where the magic of the compound should come into play!).

I managed to grow my Total Balance by €1.438 this month, of which €438 was a record-breaking crowdlending income!

Next month also boasts a Bulkestate payout (albeit not quite as big), so next month should be a decent (income) month too.

For tracking purposes, here’s the classic growth chart (I like to look at this):

Still ahead of target for the year. I’m hoping to breach €80.000 by the end of the year, but it will be very close (December is typically VERY expensive!).

This concludes this months record-breaking update. I remain at 19% of the way towards my first FIRE-goal of €400.000.

Next month should be a little less eventful than this one, as we’re going on a weeks holiday to the sunny south, to replenish our vitamin-D deposits 😉