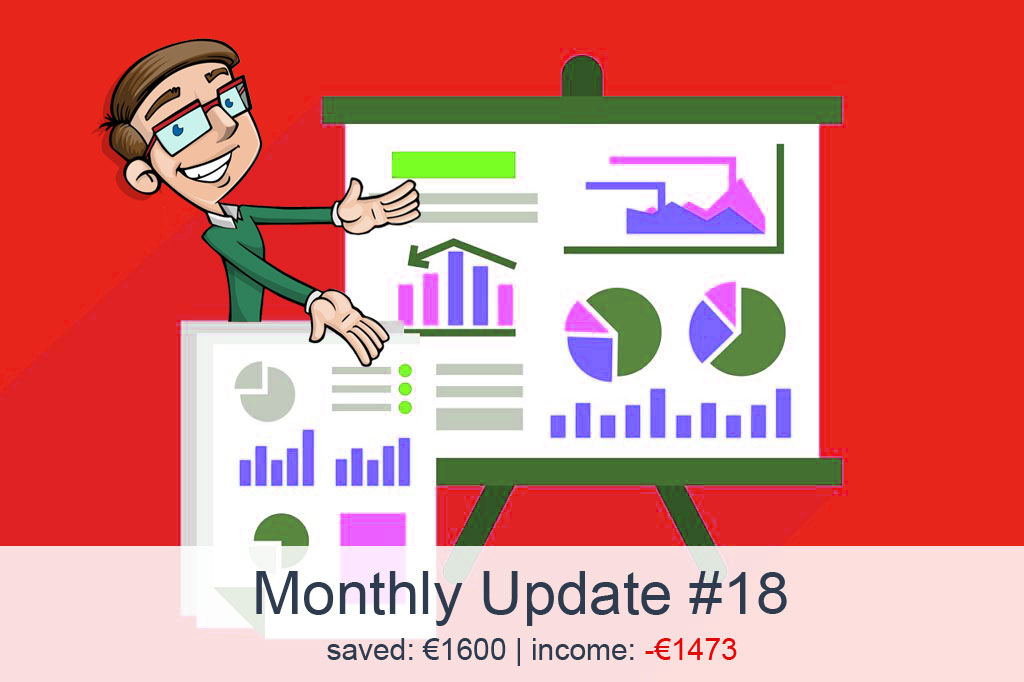 Update #18 is about to go down, which means I’ve now been doing these for 18 months!

Of all the updates this has by far been my LEAST favorite one to do. But even though life has its ups and downs the show must go on 🙂

2019 ended on a high note for the average stock investor, while 2020 has revealed itself as a bit of a challenge (she’s been a bit of a bitch lately, hasn’t she?)!

Luckily for me, I’m not hugely invested in stocks (I do have stocks in my pension portfolio, but only about 30% of the portfolio).

Unluckily for me, I was “invested” in a couple of (what turned out to be) dodgy crowdlending platforms, and last month I wrote off my investments with Kuetzal. – This month the time has come to write off my Envestio portfolio…

That’s a tough one, because I had more than €1.500 on the platform. Goodbye “hard” earned money. Oh well, Easy come, easy go. I comfort myself in the fact that only about €850 of that was actually “my money”. The rest was accrued “interest” (or whatever we want to call it). I had more than €3.000 “invested” at one point with Envestio, so after all I’m somewhat happy that I managed to diversify in time to avoid a total disaster.

Last month I declared that I was totally “unfazed” by the demise of Kuetzal and Envestio. This month I feel a little less unfazed to be honest. Kuetzal is gone and forgotten (in my mind), so now there’s nothing else to do, than to put Envestio behind me as well. I haven’t even bothered to fill out a claim with the estonian police against Envestio (I did do the Kuetzal one, because they only required you to send an email with a few details attached, but the Envestio one seems like a freaking novel). I honestly don’t expect to see ANY of that money again, so I prefer to just forget about it and move on with my life.

While the crowdlending part of my portfolio only makes up 10% of my entire Total Balance (Property #1 makes up 80%), it currently makes up about 90% of my worries/annoyances. So much in fact that I am considering calling it quits altogether.

This month I made € 75 on crowdlending. Seems a little pointless to be honest, but I guess it’s better than nothing 🙂 I don’t currently feel inclined to put in more money in the crowdlending pot right now, but I would like to see that number hit at least € 100 / month at one point again. Otherwise I don’t really think it makes sense continuing with that particular asset type. However, as long as I have a mortgage that I have to pay interest on (which I’m probably gonna have FOREVER if the interest continue to be < 1%) it still makes sense to have some positive interest income, because the negative and the positive interest “income” balance each other out (tax wise). So my goal with this part of the portfolio is (still) to become interest “neutral” (which I’m now far from at the current level of crowdlending income).

In other news, I’m still spending a little too much brain power on the whole “new car” debacle. We have two cars today (remember we live outside of the city), and the lease on my car (we own my wife’s car) is up in June. Since we’ve now got my daughters school locked down (it was a little uncertain at one point), we know our traffic patterns for the next 10 years (give or take). This means that I should be able to bike to work (and drop the kid off at school on my way). My daughter is totally up for it – but then again, she’s never driven that far on her bike before. I’m pretty sure she wouldn’t love it if it was windy/rainy (which it rarely is in Denmark, RIGHT?!…), so I’m still 50/50 preparing myself for that new car smell come June/July! 😛

This week one of my “dream cars” went on sale (a lease). I was close to pulling the trigger, but I reminded myself of the bigger goal, and how having only 1 car would bring us one step closer to FIRE…It’s not easy, I’ll be honest. For 10 years I’ve had the luxury of getting a new car every other year, and while the cars have been getting less and less luxurious, I do love my cars!… I do not love my wife’s car, so the problem with having only 1 car, is that that particular 1 car isn’t really that appealing to me 😛 Replacing it would ruin the whole idea (it’s only 6 years old, and I plan to keep it at least another 4-5 years), so the outcome of this whole car debacle is still very uncertain! You’ll probably hear more about it in the coming months!

Anyway, come August/September I will most likely be driving one of these vehicles (it’s 50/50 at this point!):

Yes. That last one is a pedal-powered vehicle! 😛 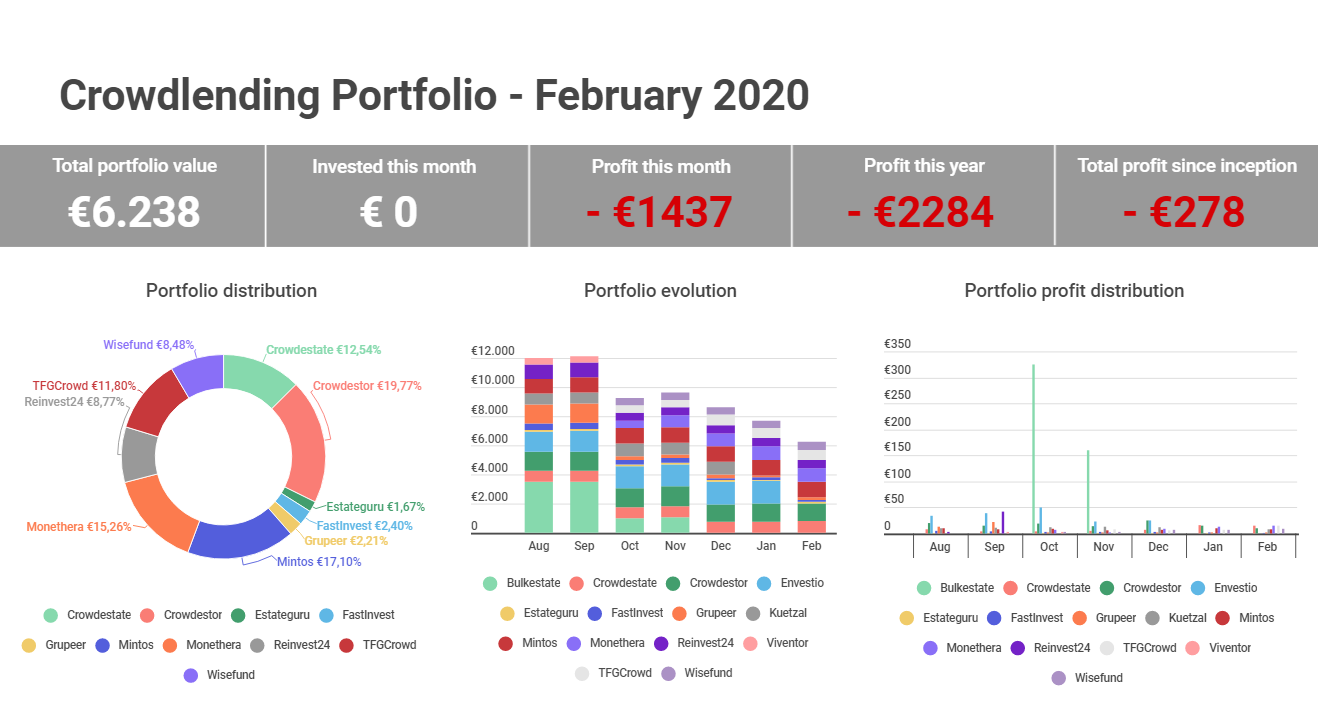 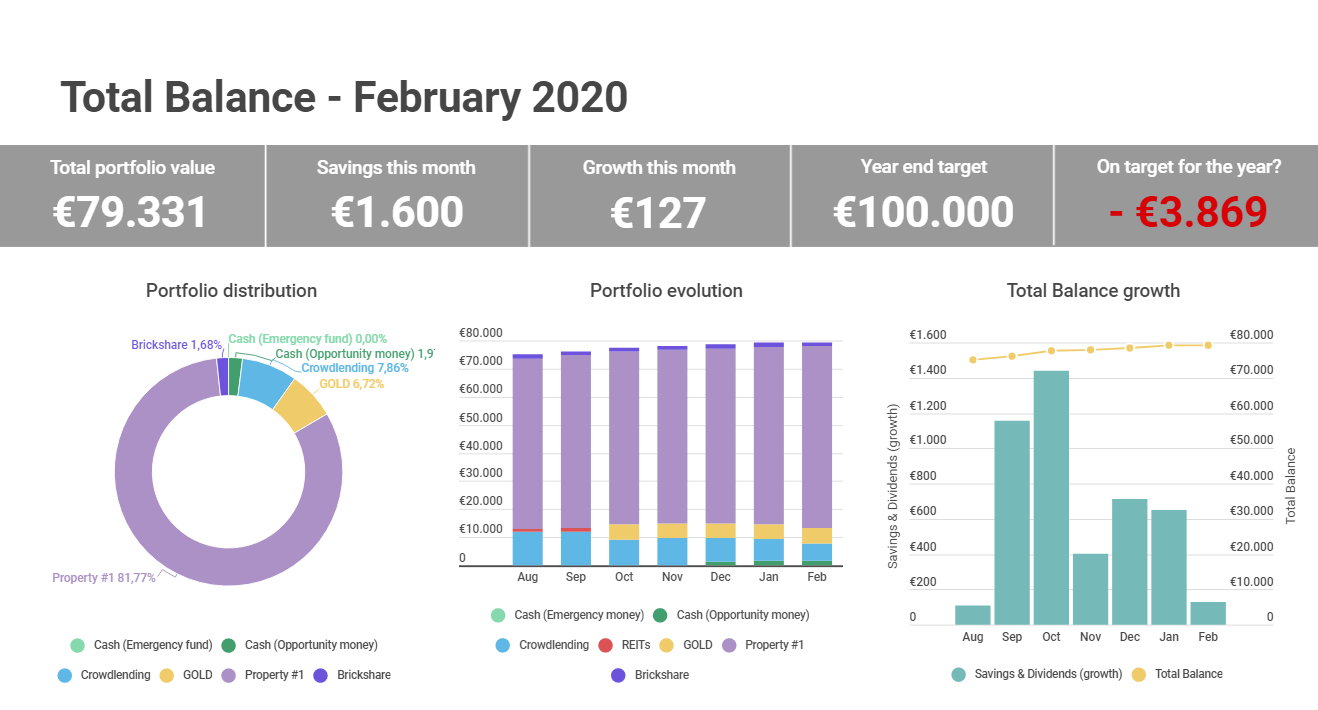 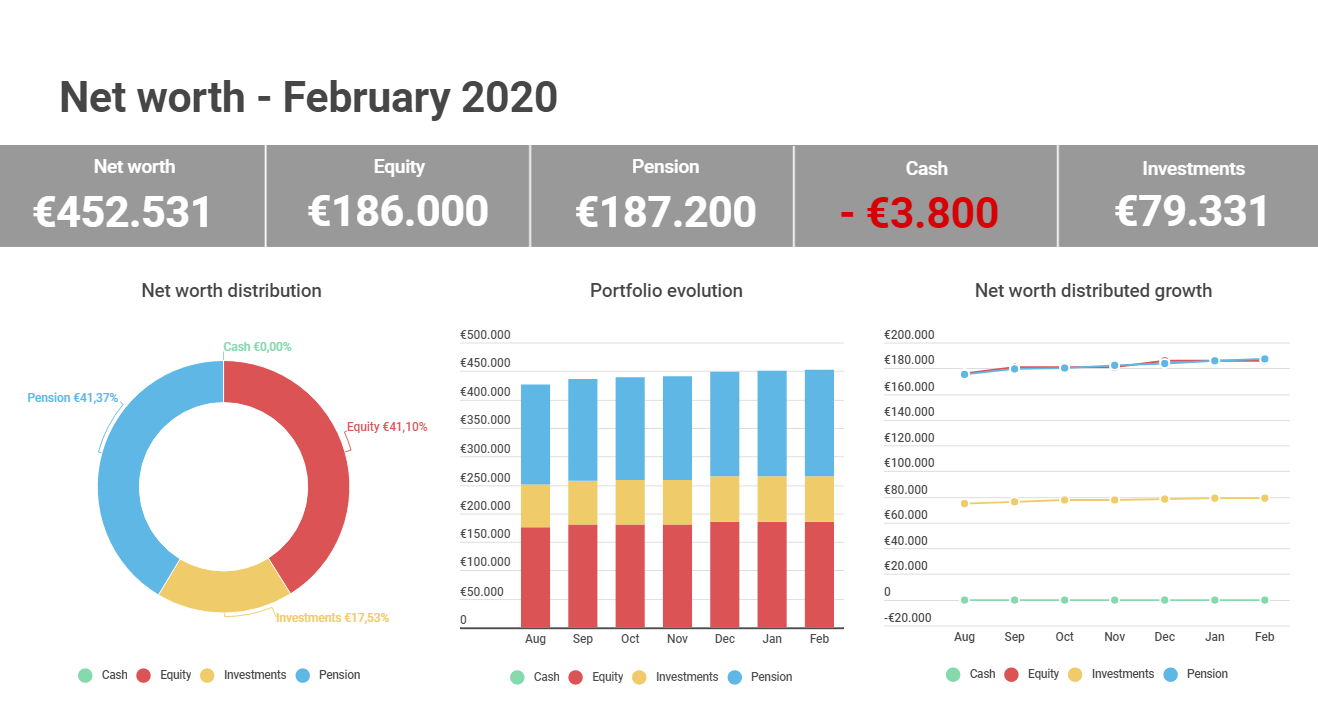 I’ve obviously had to find some extra cash (from other saving accounts) in order to outweigh the blow from the Envestio write-off. I think this shall be the last time I mention that name on this blog again 😛

Due to my conservative AA on my pension portfolio, I’ve managed to stay in the green on my pension this month (just barely!). If the market takes another dip (it’s rebounding a bit lately, but it could be a “sucker’s rally”, so I’m hesitant to call off the alarms just yet…) I will consider moving more cash into the market, but for now I’m happy with my current AA.

I comfort myself in the fact that my net worth is still up a bit from last month 🙂 (progress!)

At least I’ve still got my Gold! That’s one asset that hasn’t tanked lately! And Property #1 of course. The wife and I will be going to the first annual general assembly for Property #1 this month. I will meet (most of) the other investors at a fancy dinner party, hosted by the developer. We’re looking forward to it, and have planned it as a weekend getaway, so that’s almost a double-whammy! (“Free” food and no kid! What did you think I meant, you dirty bastard!?).

As always, the classic growth chart for tracking purposes. The last couple of months is looking pretty ridiculous (obviously), but it should normalize again in the coming months… 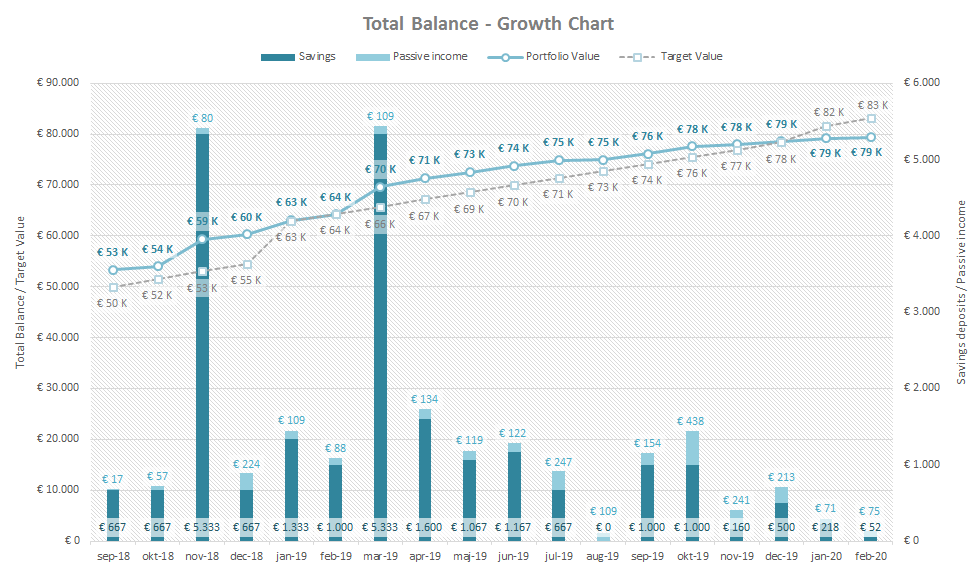 2020 boasts a new look for the Classic Growth Chart. It’s getting increasingly difficult to display the progress month by month in a clearly visible manner, so eventually I’m gonna have to switch to a quarterly view (and eventually, yearly of course). But for now I think I can manage to squeeze in another month or two in the chart. It’s so damn satisfying to look at my progress. Of course now my target is getting away from me, which is really annoying

(I will catch up eventually though!

Another shitty month in the trenches. Let’s put these last two months behind us as quickly as possible. It’s time to look ahead! – And I think this summer (it’s just around the corner now, can you feel it?!) is going to be an epic one.

My kid starts school in May, I (might) get a new vehicle by the end of the summer, and cash flow should be pretty regular from here on out. No more defaulted/fraudulent platforms from here on out, please!…

I have been regularly moving money away from the classic P2P platforms, since I’m not really a fan of the concept (borrowing money to people who probably shouldn’t be borrowing money in the first place?). However, I have been considering moving into less risky platforms to rival that of Mintos, although nothing can really rival Mintos in terms of loan diversity, security and liquidity. – But perhaps I will look at some other P2P platforms in the future, in order to hit that €100/month target again (Robocash, Swaper, Lendermarket, Bondster, ViaInvest etc.)… I’m not completely decided yet. Maybe I should just go buy some stocks instead!? 😛

Anyway, we made it through another month in the red! Let’s hope we’re back in the green next month! See you then!