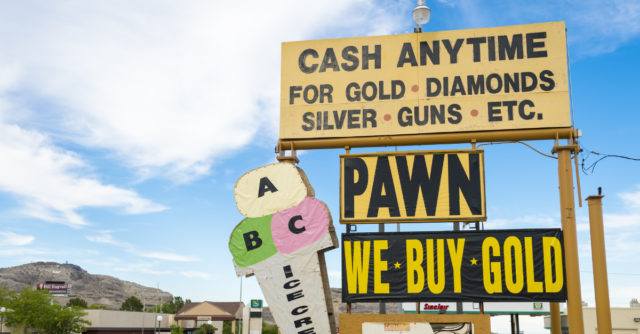 If you’ve red The Story you know that I’m a saver. I like to save – but not just money – anything that can be accumulated. I’ve always been a bit of a collector, really.

I’ve collected bottle caps, DVDs (before that, it was VHS tapes), stones (no you idiot, not the ones you find on the beach – you know, the special colorful quartz-stones that you buy in expensive stores, because they have “special  attributes”…OK, I get it – I’m the idiot…), smurfs, ninja turtles, coins, stamps, toy cars etc. You get the picture.

In recent years, I’ve tried to let go of my collector-habit, which hasn’t been easy (my wife threw out my stones – HA! That didn’t sound right – but I still have the smurfs somewhere. EDIT: The wife claims I still have my stones…).

A recent post from one of my favorite FIRE bloggers got me thinking, how this habit of collecting could somehow be turned into profit – in that I can often see value where others can’t. My collecting never really had a purpose. I wasn’t collecting smurfs or coins in the belief that I could some day sell them for a profit.

As I grew older, I stopped collecting – except for DVDs. My wife an I merged our DVD collection when we moved in together more than 10 years ago (she also had a book-collecting mania, which she has been scaling down since I pointed out that she used those books even less than the DVDs) and they are now all boxed up in storage, as we don’t even own a DVD player anymore (this is actually untrue – we have a PS3, an Xbox and a Nintendo Wii, which we also never use). There goes 20+ years of collecting.

As you (might) know, I’m a big advocate of buying 2nd hand merchandise. If you find yourself in desperate need of a robot vacuum (who doesn’t?) it can be found for cheap on the 2nd hand market – provided that you have the patience to wait for the exact model that you’d like. – Because obviously, you wouldn’t buy just any old robot, would you? No, you want the best that your budget (cheap-ass) will allow you to buy. The same can be said for your next Iphone, your couch, you dining room table or your sweater-vest that is apparently now back in style! ANYTHING you can think of, you can buy 2nd hand (there’s a few items that I wouldn’t buy 2nd hand, obviously – none the less, people are selling these items as well… 😉 ).

My favorite App on my phone, is the Danish equivalent to Ebay/craigslist (dba.dk). I’ve made a habit of not opening it though, unless there’s something specific that I’m looking for. The reason for this is, if I see something for sale that I KNOW I can buy and resell at a premium, I will do it…And it ALWAYS takes longer than I anticipate, to resell it. None the less, I’ve yet to sell an item with a loss. Actually, I’ve made quite a decent profit on iphones, ipads – and my favorite item to buy and resell: TVs.

Yea, most people don’t have a clue what they are buying/selling (or just don’t care). It’s all about knowing the specs/features/models, and it’s fairly quick to determine whether something is over/undervalued.

I do not recommend buying and reselling items that wont fit in a shoe box. It’s simply too much of a hassle to hall around a 50″ TV. And yet, I’ve done it 3 times now. – Actually, when I started writing this post I had a buyer lined up to purchase my latest flip-object (another 50″ Smart-TV – yes, I’m a moron), but he bailed it seems (it happens quite often…). So again, it’s proving to take longer than I anticipated to resell an item, but I’m confident I will sell it eventually. If it happens, I will earn a little over €100 on a combined 1-hour effort (finding the object, negotiating a good price, picking it up, fiddling with it a bit to make sure it works as expected, posting an add with some nice pictures, finding a buyer, negotiate the selling price – out the door).

I know that there are niches for buying/selling anything – so if you have a particular knowledge in something like bicycle parts, tin cans, silver cutlery or ceramics – go for it! (as stated before, I really don’t recommend flipping larger objects. For some reason, I just can’t help myself…).

So there you have it. Saver, collector, hustler. My resume just keeps growing. Obviously, this is not something that is going to make me rich – but it’s certainly going to keep me busy…

Luckily, this “new” skill of mine goes excellent in line with one of the main dogmas of the FIRE movement: Get yourself a side hustle!

23 thoughts on “The side hustle”