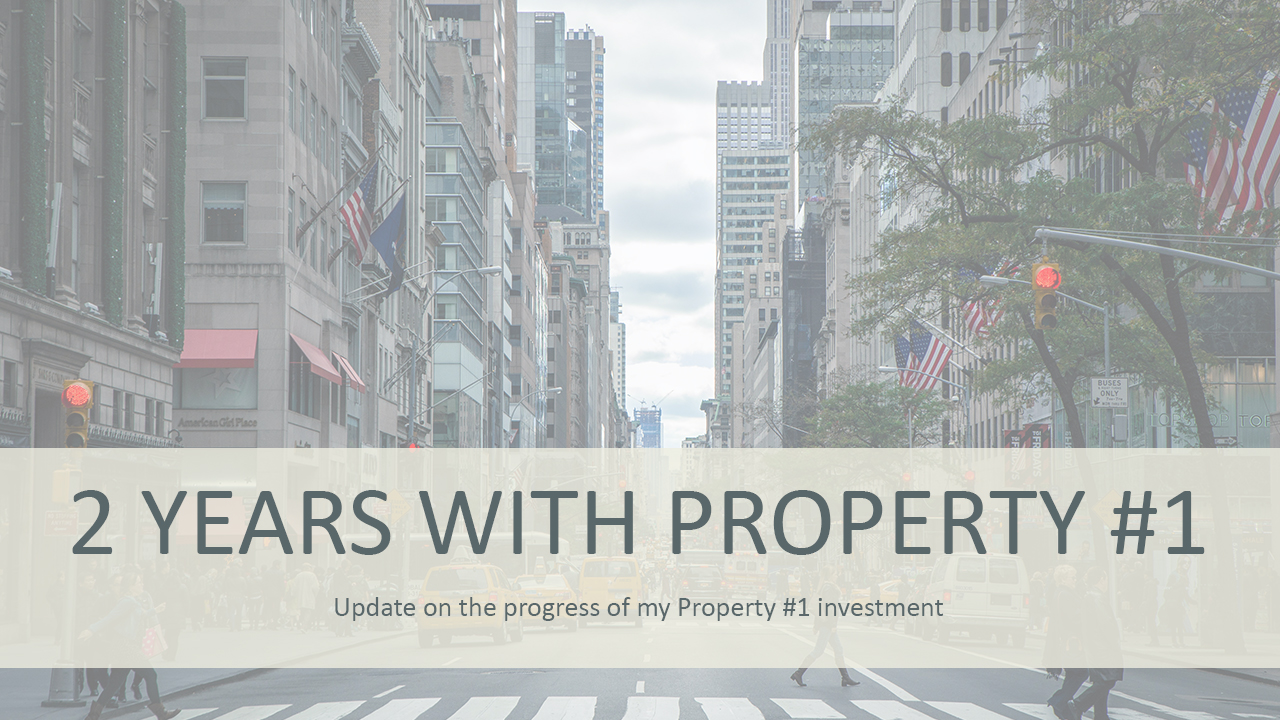 It’s been two years since I purchased my biggest investment to date.

We’ve just completed our 2nd annual assembly, and it was rather uneventful.

As I mentioned in my previous Monthly Update we’ve received word that we will be getting a new tenant (on April 1st), so naturally I assumed that we would have a chat about that on the general assembly, seeing that – to me – this is a pretty significant change. The original tenant signed a 10-year lease (irrevocable), but because they were bought by a competitor that did not wish to continue the lease (because they already have a store right up the road), they took it upon themselves to find someone who could take over the lease. It was either that, or they would have to somehow “pay” their way out of the obligation with us. But I assume that’d be a pretty bad deal for them…

This obviously means that we – the owners – had no liabilities what so ever, in terms of the “tenant swap”. It also meant that we didn’t really have a say in it (we did – but the board decided that this new tenant was just fine – without telling the rest of the investors, which kinda annoyed me).

Being a PASSIVE investor means just that (apparently)

I did opt for this kind of investment because it’s 100% passive, but I was quite annoyed that the board didn’t even think to at least inform us that they were in the process of “finding a new tenant” (remember that THEY/WE weren’t – it was all handled by the current tenants new owners). Finding new retail tenants to a store of this size is not easy or cheap (so I’m told). So we had no interest in NOT accepting the new tenant – I totally get that – but this new tenant is a completely different business than the previous tenant (which was a kind of “grocery store for pet-related items”).

The new tenant sells home-appliances, which I have absolutely no problem with – however, I consider such store to be a lot more vulnerable towards fluctuations in the economy. When the shit hits the fan, you don’t NEED new home-appliances – you can put that off, unless the old one flat out dies on you. If the economy tanks, you’re still gonna have to feed your pets! (I hope). So the tenant mix is now a lot more susceptible to any future economic crises – which we all know EVENTUALLY is going to come (again – that’s just how the economy works).

Anyway, I guess I’m happy that it was all “resolved” without us having to worry about it, but I would really have appreciated a heads-up from the board about it. Perhaps this is an omen for me to…join the board? 😛 (no thanks!).

I was however surprised that the tenant swap was just a minor point like “oh yeah btw, so we’re getting a new tenant next month”. That was it. I didn’t want to raise my hand and draw attention to myself, so I just let it slide 😛 If nobody else cares, then why should I, right?…Or?

But I DO care, and this experience has made me (even) more vigilant in terms of finding the right Property #2. I understand if you have 10 properties like this (which some of the investors does) you don’t really care who pays the rent – as long as it’s paid on time 😉 But I’m a small-time investor, and this is currently my 1 and only main investment, so I care very much – not just for the sake of my wallet, but also for the sake of my conscience!

I’m really trying not to “care”, but I’m also a tad conflicted about this whole not-knowing-or-caring who your tenants are, as long as the rent is on time. That might make sense if you have 100 tenants, but my building only has 2, and it’s important to me that I can relate to their business, and that it’s a store that I myself would want to visit. The two tenants in Property #1 are now very much tied to something that I’m somewhat against; Consumerism. This dilemma is something I’ll be writing another post about though (maybe…). 😛

So, how is Property #1 performing?

Better than expected! The developers are typically very conservative in their budget forecasts, so as the investors are easily positively surprised – rather than the other way around. We already knew this though. The budgets are made using a 20-year interest rate on the primary mortgage of 2.2%. We currently only pay 1.38% (F5 flex mortgage). There’s also a bank loan on top of the primary mortgage which was budgeted at 5% interest rate, and we were paying only 4.25% in the beginning, but BlueCapital has managed to secure a new interest rate on all their bank loans, so we’re now only paying 2.75%! This obviously means that the project is performing way above the initial projections. Which we’re obviously quite thrilled about 🙂

The primary mortgage is up for refinancing in Q3-2023 and at that point we should be at around 55% LTV. The original plan at that point was to refinance the primary mortgage to pay off the bank loan (and to pay out a substantial dividend to the investors), but we won’t know for sure whether this will be allowed by the bank. Recent development in this segment is making me doubt that it will be possible, but we’ll see 😉 (More details on that later on).

So all in all, my share of the Property has now increased substantially (because of the reduced debt). I’m unsure whether to include this in my Total Balance, so for now I will keep it in my books at its original value. Any future payouts will be added to my Total Balance as passive income.

A while ago in an old post about the subject of “Why I invest (heavily) in properties” I outlined some of the reasons why I prefer real estate over other assets.

Now, having actually been a real estate investor for a couple of years, these reasons seem more valid than ever. However, I’ve now spent close to 2 years looking for my next big real estate investment, and have even come to terms with the idea of borrowing the majority of the next “down payment”, as the interest rate is still historically low (although no longer declining).

But recent events (in the world – and locally) has made me acutely aware that it’s extremely difficult to predict what’s going to happen in the next 5-10 years.

I’ve also been studying up on the Nordic property market (here’s an example of a Property Outlook report from Newsec that I like to read), and it’s very clear to me that there are certain “danger signals” out there that we should be aware of.

The first thing is of course the current outlook in terms of the interest rate. After more than a decade of declining interest rates, it seems like we’ve now reached the bottom, and that the arrow is pointing upwards for the coming years.

Because of the low interest rate (we even have negative interest rate on our saving accounts now!), more and more money is flowing into alternative assets – like real estate. The Investment Property market in Denmark (as well as many other places) is typically driven by major players, like eg. Pension providers and big capital funds. These guys have big money, and they buy big properties – in bulk. They don’t care if they overpay by 5-10%, because they know they have the time to make up for it.

For a small time investor (like myself) paying the right price for a property is crucial. When the big guys swoop in and buy whole blocks, the rest of us are left with the “scraps”. And the owners of said “scrap” knows that it’s a sellers market. There are buyers to everything these days. As a result the prices are skyrocketing and the yield is subsequently declining.

The big banks have also noticed this. In the latest projects offered by the developer that I’ve invested with (bluecapital.dk) I noticed a major change in the terms. Usually the bank requires the investors to be personally liable for the bank-portion of the loan (not the primary mortgage that we in Denmark call Real Kredit, which is used to fund the first 70% of the project). But now you as an investor are also (personally) liable for the primary mortgage (Real Kredit). And not just for like when the LTV hits 60%, no. – It goes ALL the way down to about 30-40% LTV. That’s just crazy!

This essentially means that the banks have now deemed these type of investments as HIGH-HIGH risk. Otherwise they wouldn’t be asking for this.

So, I’m a bit cautious about my next move, but as always – we shall see what happens 🙂

Whatever happens, I’ll be sure to keep you posted!