After I spent 8 months hoarding cash, I finally found Property #1 and now find myself in a strange vacuum.

I have yet to transfer the full amount due for Property #1, but since the money is now ear-marked, I’ve been having these strange feelings; Regret? Anxiety? Excitement?

I transferred the down payment for Property #1 last week (approximately 1/5 of the total cost), and felt nothing but excitement at the time. Now that it’s had time to really sink in, I find myself wondering: What now?!

Worst of all, it just dawned on me that while I might have gained a decent asset to my portfolio, I’ve lost something extremely valuable in the process: My F.U. money (you know – the money that would allow me to say F*CK YOU to my boss, and not worry about any sort of work for a while).

When the final amount has been transferred for Property #1 (due in July), it will be years before I hold that kind of cash again…

Not that I was planning to FIRE my boss (pun intended), but at least I had the option to do so! Now all I have is an empty bank account (figuratively speaking – technically at this point in time, I still have a fairly fat wallet) and a piece of paper, that tells me I now own (soon, technically) a “boring” building in the countryside.

Then I remembered a post (still rooting for you to land that rollercoaster-reviewer job eventually, Miss FF! 😛 ) I read not too long ago, which reminded me that it’s quite normal to feel this way, after reaching a big goal. But this feeling is not just the hollow feeling that you sometimes get, after achieving a major milestone. It’s also that heavy annoying feeling of opportunity cost! WHAT IF?!

What if all this FIRE mumbo jumbo is a big waste of time?! What if I just quit my 9-5 now, and spend my FU money living the dream for the next year or so. But what IS the dream?

I have yet to discover that dream. If I succeed in becoming FI (I will!), I still have no clue what I want to do with my life. And that’s the most annoying feeling of them all. Not knowing what you’re actually working towards. Right now, all I know is what I DON’T want to be doing. But everyone tells me, I should figure out what I DO want to be doing…That’s easier said than done, my friends 😉

Now that I think about it, it’s kind of amazing that I’ve made it this far. I’ve never really been the kind of guy, who could tell you where I would be in 5-10 years. I admire the people, who always have detailed plans for where they want to be in 5, 10, 15 years. I’ve never had those. It’s not that I drift around, living from day to day, but my life has just sort of happened (while I was busy making other plans). Now I spend time every day, contemplating my escape (from the daily grind), which is really ironic, because the daily grind is the only thing I’ve been really good at. At least up until a few years ago, when something started brewing inside my head. The longing for something else. Something that would give me a sense of a higher purpose. I really don’t want to (continue) living for the weekends.

So, what should I do to find the dream?! I’ve discussed this with several people (friends & family), and it seems there’s just no straight answer to that question. We have to find our own destination, in our own due time. So I continue to search for my big dream – and while doing so, I’m determined to explore new paths and new areas of life that I’ve yet to experience.

A friend of mine also recently started her own journey (to find her future path), and I can’t help but feel a bit of a kinship there, as we seem to be having similar struggles. I admire her tenacity and her willingness to follow her own gut (intuition). If you yourself is struggling as well (finding your path), have a look at some of her writings. It might inspire you to do great things! 😉

Having recently learned that I too should trust my own gut a little more, I signed up for a 2-hour webinar about “The Law of Attraction”. I wasn’t completely sure what I was going to learn on this webinar, but it somehow spoke to me!

Much like my night out with Rich Dad, it was free (and we all know nothing is free, right?!), so I was expecting a “SPECIAL DEAL – JUST FOR YOU – TONIGHT ONLY” sort of scenario, which sure enough happened at the end of the session. Since it was a webinar, I could just “leave” at that point, luckily! (unlike my night out with Rich Dad!). But before all that, I actually learned a few things. I re-learned a word that I had long forgotten: Congruence.

What does that mean? Well, according to the dictionary it means:

The female speaker explained the term Congruence by depicting a rowboat: 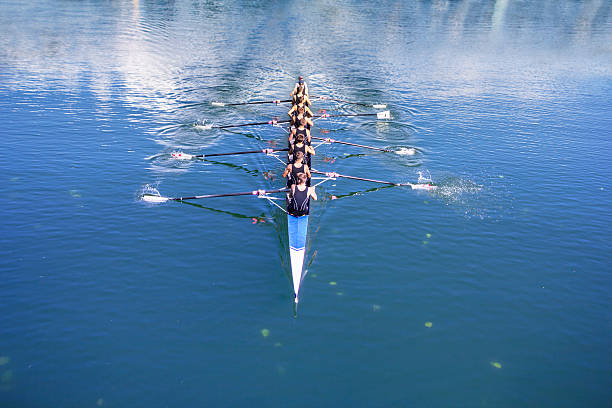 When there’s perfect congruence, the boat moves forward – fast. If the rowers aren’t in perfect sync, or actively working against each other, there will be incongruence (not a word apparently – but I think you get the picture 😛 ), resulting in a less favorable outcome!

This concept can then also be transferred to us, as individual humans.

The idea is that in order to progress to the higher levels of the pyramid (funny how it can always all be explained with a pyramid, eh?! Maybe those Egyptians were really onto something!) you have to attend to the lower needs first.

Once you have “mastered” the lower layers (you’re on top of things – pun intended!) you will be able to “realize yourself” and thus find your inner Congruence…