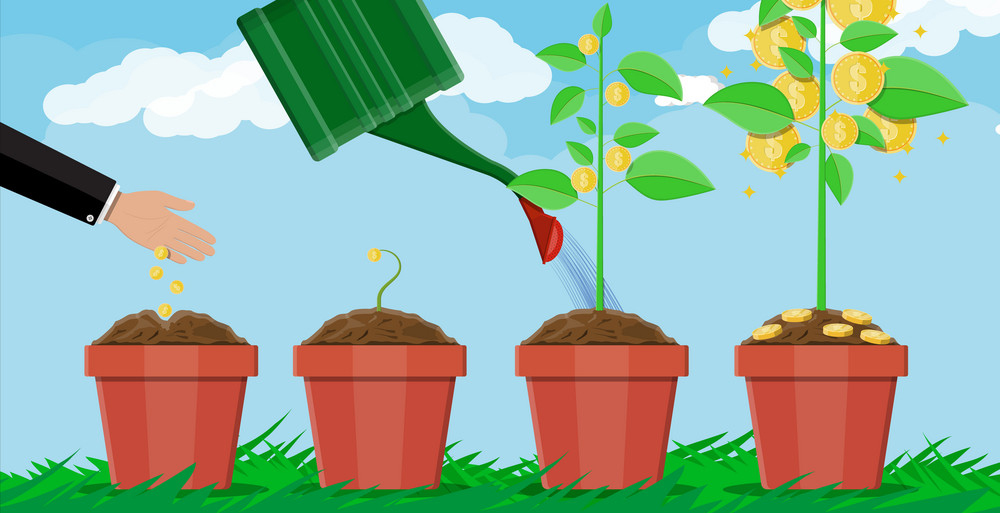 It’s December 2018, and that means it’s time for another monthly update!

The month of November 2018 was pretty good to me, in terms of returns from my investments (yea that’s right – I don’t have stocks, remember?). – However, I’m now starting to battle my patience a little, in regards to finding my first real estate investment project…

Patience is not my strong suit!

My impatience often lead to doubt! And when you combine doubt+impatience, you get a dangerous cocktail. I keep having to remind myself of the great words from Gandalf the Grey: Do not stray from the path!

A lot happened in November, actually! We’ve changed our main bank, and I’ve exited Viventor and entered Crowdestate and Crowdestor instead. I decided to enter Crowdestor, and managed to sign-up, get verified, add funds AND invest in my first project, all within 2 days. The same day I signed up, Jørgen over at financiallyfree.eu posted a review of Crowdestor. This review only confirmed me in my choice.

Jørgen is very pleased with the platform so far (as am I). It’s very similar to Envestio in terms of payouts and the interest rates. I like getting monthly interest payouts – it kind of makes it more interesting to follow your investments, and it also allow you to re-invest your dividends quickly. Of the crowdlending platforms that I’m currently invested in, only Envestio, Grupeer and Crowdestor have monthly interest payments.

Unfortunately, I didn’t have a whole lot of cash to put into the two new platforms, so they make up a small percentage of the total crowdlending portfolio – for now.

I entered Crowdestate because it seems to be the biggest real estate development crowdlending platform in europe – and they have a secondary market, which could allow you to exit the projects ahead of schedule, should you wish to do so. Bulkestate does not leave you a lot of options in that regard. Also, Bulkestate did not have any new projects on the platform in November, so I’m starting to doubt if the platform is going to survive in the long run. It certainly makes it difficult to get a decent spread, and I know of people who have decided to leave the platform because of this.

Enough jibber-jabber – show me the money!

OK, OK – without further ado, here’s the numbers from this months progress:

I had some cash drag on Mintos, and I’ve been struggling to keep above 10% interest rate, so I decided to move €100 to Crowdestor instead. I’m still undecided whether I’m going to keep Mintos in the long run, but for now I’m OK having it in my portfolio.

Once again, Envestio is the flagship earner! As part of the bonus program, I got €15 as a timespan bonus (this corresponds to 0.5% of my total invested funds, which I will receive the first 9 months of investing!). I’m seriously considering throwing in more money – but I need to keep my ultimate goal in mind; I need to save my cash for the big real estate investment – which unfortunately did NOT happen this month either…

I met with both Imbro and Koncenton this month, and these meetings just confirmed my disposition. I’m so impatient! I really want that project to appear NOW! I don’t think it’s going to happen in 2018, unfortunately…

I am concerned that I’m wasting valuable time and money, by having the majority of my funds in a low-interest bank account. This month, I managed to secure an interest rate of 5% on part of my nest egg (new bank), but the 5% interest rate only apply to amounts below €13.333 (100.000 DKK), so it’ll only give me 5.000 DKK/year (pre tax). – Which is OK, all things considered – it’s just not really going to make that big of a difference, in getting to those 750.000 DKK. It’s more cosmetic to be honest 😛

Although it’s the dreaded christmas month, I still managed to tuck away 5.000 DKK (€ 667) into my savings, which is my minimum monthly goal, so that’s OK I guess. In the new year I want to try and raise that goal to 7.000 DKK, but it probably wont happen the first couple of months, as we have a few getaways planned.

Anyway, on the upside, I managed a return of €80 from my crowdlending investments this month. I’m pretty happy with that! Ideally, I would love to see that number grow to €100 by the end of this year, but I don’t think my small investment in Crowdestor is going to get me there – so I will have to see if I can scrape together some more cash, and put into one of the platforms in december…

November was another volatile month in the stock market. It confirmed my reluctant feelings about it actually. I don’t plan to enter that casino anytime soon…

Still a somewhat uneven distribution. I will attempt to balance it a bit more over the coming months. Whenever I have €100 I feel like I can spare, I will put it into one of the two new platforms (Crowdestor or Crowdestate). Since I started using Revolut, making small deposits to the different platforms doesn’t cost me anything extra (no SEPA fees). So I’m fine with transferring smaller amounts, whenever I feel like I can spare some change. Protip: When you transfer funds to Revolut, make sure to do it in the typical bank opening hours, and always transfer funds in your own currency – and then do a currency conversion via Revolut. Then you wont pay any bank-fees, and you will get the best exchange rate.

In hindsight, I probably went in a little too strong on Bulkestate. I should have kept my initial deposit at around €1000, and then spread the rest to Crowdestate and Crowdestor. Lesson learned. Let’s just hope the investments I’ve made on Bulkestate so far, actually pays off in a year or so…